The number of enterprise bargaining agreements active in Western Australia fell to 1,592 at the end of September last year, about 30 per cent down on the mid-2015 peak. 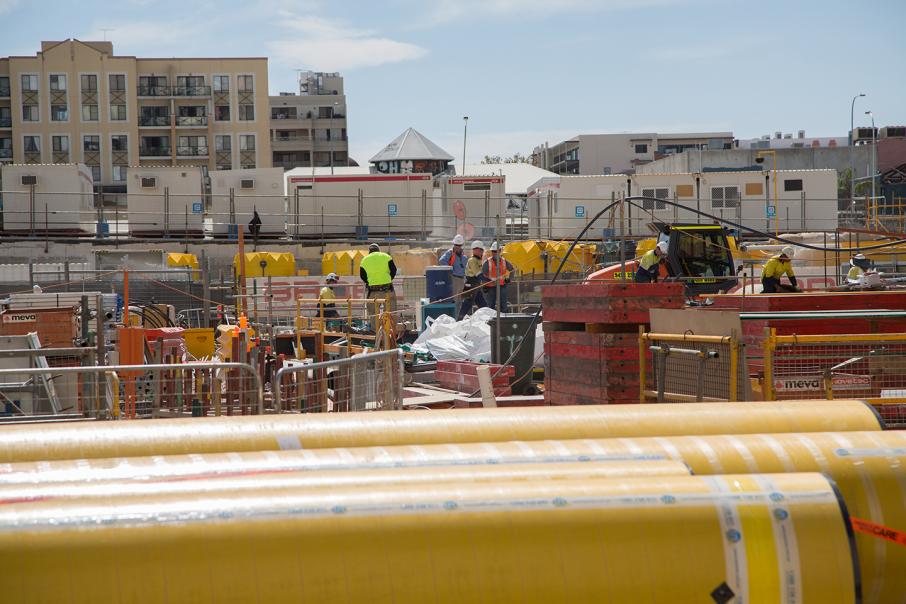 Many of the EBAs approved in WA in the September quarter covered construction. Photo: Attila Csaszar

The number of enterprise bargaining agreements active in Western Australia fell to 1,592 at the end of September last year, about 30 per cent down on the mid-2015 peak.

About 123,000 Western Australians are covered under those agreements, according to data recently released by the federal Department of Jobs and Small Business.

The fall is in line with a major national move away from EBAs, with the number of workers covered under those agreements down by around 650,000 to be nearly 1.8 million at the end of September 2017.

Around 60 new agreements were approved in the September quarter for WA, including 17 in the construction sector and 10 for manufacturing employees.

Director of The Australia Institute’s Centre for Future Work, Jim Stanford, said only 1.2 million private sector workers in Australia were now covered by EBAs, with that number declining nearly 40 per cent over the past four years.

“The causes of the rapid erosion of collective bargaining are many and complex, including: harsh restrictions on union access to workplaces and industrial action; unlimited protection for free riders (benefiting from EBAs without any contribution to them); the growth of casual employment and gig businesses; the absence of an effective dispute settlement system to enforce EBAs; and more,” he said.

Mr Stanford said the reduction in workers using collective bargaining had a number of consequences, including stagnating wages.

However, historical data suggests no correlation between wages growth in EBAs and the number of workers using them as a wage setting tool on a quarterly basis.

To put that in perspective, national wages growth was 2 per cent in the year to September, in trend terms, with growth of 2.4 per cent for public sector workers, according to the Australian Bureau of Statistics.

A federal Treasury paper released in November found that labour productivity was the big driver of wages growth in Australia.

“Fluctuations across the business cycle can result in real wage growth diverging from productivity growth.

“The unwinding of the mining investment boom and spare capacity in the labour market are important cyclical factors that are currently weighing on wage growth.”

The report said that the chosen method of wage setting, whether through EBA, contract or the award, did not have a clear relationship with wages growth.