Western Australia has posted a slight increase in merchandise exports in 2014, with a dip in sales to China offset by growth in exports to other Asian trading partners. 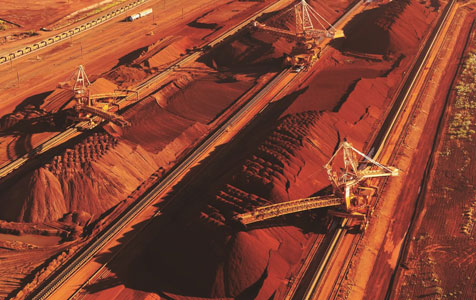 Western Australia has posted a slight increase in merchandise exports in 2014, with a dip in sales to China offset by growth in exports to other Asian trading partners.

The state maintained the mantle as the nation’s export powerhouse, with $125 billion of merchandise exports in 2014, representing 46.8 per cent of the national total, $267 billion, according to the Australian Bureau of Statistics.

This time, it was not China driving the growth, despite the nation still being the state’s single biggest international market.

It was the South East Asian nations that provided an encouraging surge for sandgropers, with Singapore, The Philippines, Malaysia and Indonesia all recording big increases.

Growth in the Singapore market was enormous, with an 81 per cent increase from nearly $3 billion to $5.4 billion during the 12 month period.

In its mid-year budget review, the state government said merchandise exports had been growing broadly in line with expectations.

“Higher volumes of iron ore exports are expected to continue into 2014-15, as projected expansions are completed, and efficiency gains are realised from existing infrastructure,” the review said.

“Similar to 2013-14, these gains are expected to be slightly offset by a downward revision to both gold and oil exports.

At that level, iron ore exports are about 4.3 per cent of the national economy.

On the opposite side of the ledger, merchandise imports to WA were only $36 billion, about $2.4 billion higher than the previous year.

The average exchange rate for the month was US 82.5 cents, according to the data, more than 20 cents below the level of December 2012.