The federal government has endorsed changes to the livestock export industry designed to improve animal welfare but the WA government says it may still try to ban live sheep exports to the Middle East during the northern hemisphere summer. 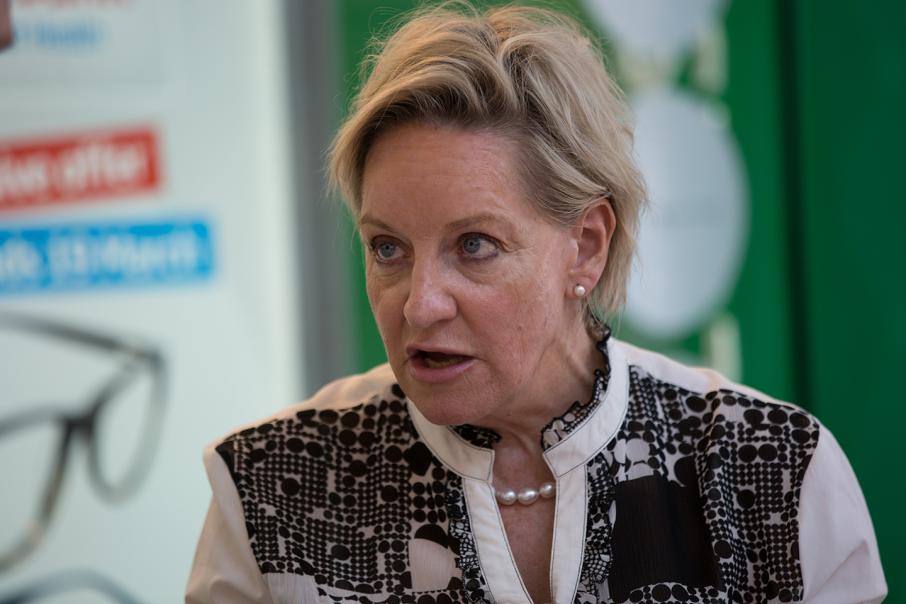 Alannah MacTiernan says she will look into state legal powers.

The federal government has endorsed changes to the livestock export industry designed to improve animal welfare, but the Western Australian government says it may still try to ban live sheep exports to the Middle East during the Northern Hemisphere summer.

A review by livestock vet Michael McCarthy made 23 recommendations, including reducing the number of animals on ships by up to 28 per cent during the hotter months, which the federal government will adopt.

WA Agriculture Minister Alannah MacTiernan welcomed the improvements but described it as a Pyrrhic victory for farmers, adding a summer ban might be the only way to guarantee decent welfare standards.

Ms MacTiernan said she would look into state legal powers and make a decision by the end of next week at the latest.

"It's going to be quite complex but we will act if we have an obligation to act," she told reporters in Perth on Thursday.

"Any improvements to animal welfare are welcome but we do question whether these actions will go far enough to prevent serious incidents during the Middle Eastern summer, and restore any public confidence to the trade.

"Minister Littleproud says he is acting on the science - but the science is telling us that it may not be possible to guarantee decent animal welfare outcomes on ships during the high heat and humidity of the Middle Eastern summer.”

WAFarmers president Tony York said the changes to the monitoring, measurement and stocking rate guidelines would ensure meaningful changes to improve the welfare of the animals being shipped within the trade.

“We welcome and encourage the reviews to the regulatory bodies and welcome the transparency this will bring so that the welfare outcomes that we all desire can be realised and continually improved,” he said.

“The ability to continue to supply sheep to the Middle Eastern market is vital to the sustainability of the regional WA economy.

“Further, the continuation of the trade will help gather and qualify historic live export data in new studies, using new technology to ensure and maximise improvement is a double win.

“Dr McCarthy’s review and the federal government’s acceptance of his recommendations mark a significant shift in the way animal welfare in live export will be managed going forward,” she said.

“Most notably, the new measure of performance for the live export sector will no longer be mortality, it will be animal welfare.

“The Nationals WA support the fact there will be continuity of trade over the coming northern summer months, which provides some level of certainty to WA producers and the thousands of people who work in the supply chain.”

Ms Davies said the state government’s push for a ban was unjustified.

“I note that Minister MacTiernan is still proposing to restrict live exports irrespective of the recommendations of the McCarthy Review,” she said

“This is an appalling attitude to take and one which will further fuel the uncertainty the minister has created in the industry.

“I am calling on the state agricultural minister to remove herself and her department from this space and let industry get on with the job of adjusting to the new operating environment.”