The state’s regulated taxi system could prove a lot easier to unwind than Victoria’s entrenched sector. 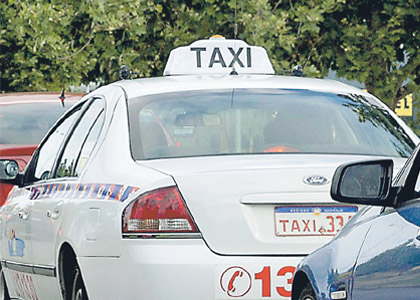 NO EASY RIDE: The public has been the loser as governments have grappled with the industry. Photo: Annaliese Frank

The state’s regulated taxi system could prove a lot easier to unwind than Victoria’s entrenched sector.

ITS Christmas time again and that perennial issue of the taxi industry always gets a little more prominence as our ridiculous regulatory system struggles to cope with seasonal demand.

I’ve been on the record many times suggesting that Western Australia, especially Perth, has failed the test on taxis.

I don’t think I would find many who disagree with the following statements:

• It is hard to get a taxi at peak periods.

• Taxis are expensive all year round.

• The quality of drivers has deteriorated.

In my experience, most of these problems have become worse over the past 20 years after the ownership of taxi plates was deregulated but the industry as a whole was not.

As people over-invested in taxi plates - based on the false market created by limiting supply - the number of taxis on the road became a political issue, with a small number of vested interests, including a dispatch duopoly dominated by a cooperative which represented many of the people who owned the plates. The loser was the public.

I have said all this before but, watching what is taking place in Victoria, I have to say we are lucky to be in the situation we are in.

It is a whole lot easier to unwind WA’s outmoded private transport system than in Melbourne, where vested interests are much more widely spread, more organised and have a lot more to lose.

The inquiry handed its report to Mr Baillieu’s government in September and it is due to be tabled this week.

The taxi lobby group, which includes industry financial services group Cabcharge, which has a direct interest in Melbourne’s dispatch sector, has cried foul on recommendations that include introducing unlimited new five-year taxi licences that are non-transferable.

Imagine that. The person licensed to be a taxi plate holder might actually be the driver not someone sitting in Bali clipping the ticket for doing diddly squat.

Economist Henry Ergas, writing about the subject in The Australian this week, reckons that taxi licences have been inflated from a natural level of around $60,000 to $500,000 while the transfer of wealth from the general public to taxi plate holders over the past 30 years is the equivalent of $1,000 per person in Melbourne’s population, which tops 4 million.

Here in wealthy WA you might laugh at $1,000 a head over such a period but that includes many people who never ride in taxis.

In WA, the time period is shorter and the population smaller, but after catching taxis here and in Melbourne, I reckon per capita we might actually be worse off. That is a guesstimate determined by sticking a wet finger in the air, but it has a ring of truth about it; just try catching a taxi from the airport and see how much it costs.

A couple of billion dollars could have bought a new sports stadium, a waterfront project and helped pay for those miserable power bill increases that everyone is whinge-ing about.

In what other industry does doubling the cost of service for absolutely no gain to the buyer represent good business?

In a deregulated market, they get priced out of business. In a regulated one someone gets fat and complacent.

In WA, taxi plates cost around $300,000 each. That is value attributed to a small piece of metal attached to the front and back of a vehicle, which allows it the right to charge fares from the public.

Somehow the government transferred its power to control the vehicles in this market to the private sector, without considering the consequences of limiting supply. The value was transferred with the licence, with the only cost being the need to lobby heavily to ensure that not too many new licences were issued each year.

The limit on plate numbers means that there’s no flexibility in the system to meet demand in peak periods, despite the government’s efforts to trick the system by issuing special peak period plates. That is the kind of response they would have dreamed up in Russia.

The cost of plates means drivers have the equivalent of an extra mortgage to pay off. That effect is two-fold. Firstly, they have to charge more to customers just to break even. Secondly, their margins are miserably low, which means the industry can’t attract the right people.

Despite holding their own inquiries in the past, WA governments have been reluctant to change the system because there is a perception of cost. Buying out 1,300 or so taxi plates at the market rate of $300,000 would cost nearly $400 million.

I admit that when governments interfere in markets they have a duty to compensate those they affect. But what happens when those in the market have played their role in market interference with their lobbying to limit supply, which falsely inflated values?

Unfortunately, I suggest they are complicit and the public owes them nothing. For the mugs that have bought the licences on the aftermarket I have a little more sympathy, but after the GFC I’ve seen plenty of people hammered by investment losses they were not expecting. At least with taxi licences there’s been talk of deregulation for years.

Anyway, back to my view that WA is ripe for change. I see WAas different to Victoria for a number of reasons.

Firstly, there is the plate ownership. With the sale of the Swan Taxis cooperative to Singapore-based ComfortDelGro, there is a break in the link between the dispatch company and plate owners.

For ComfortDelGro Swan is not a bad little earner. In the year ending December 31, 2011, the company made a net profit of $3.75 million on total revenue of $16.5 million.

Swan Taxis wielded enormous power in the market but its new owner plays in a much more competitive field where taxis are much less regulated and, surprise, surprise, the taxis are cheaper and the service is better. If you don’t believe me, go to Singapore and try it yourself.

In selling out of Swan Taxis the plate owners have relinquished much of their industry power. Many are retired drivers and, therefore, are no longer at the coalface where they used to berate the government, passing on pearls of wisdom gleaned from talkback radio.

The new breed of drivers, who are paying through the nose just to get in the car, are less likely to be hyperventilating about a proposed change to the system.

And even the regulated system here has been prepared to innovate. Check out Swan Taxis’ terrific iPhone app and you’ll never a book a taxi any other way. There are also alternative innovations available in WA.

What about a new breed of minibuses that can work a local area, share fares and link customers seamlessly into the metropolitan transport network? As I understand, Victoria trialled a concept like this but the taxi industry helped shut it down -a reaction which suggests to me it must have been a good thing.