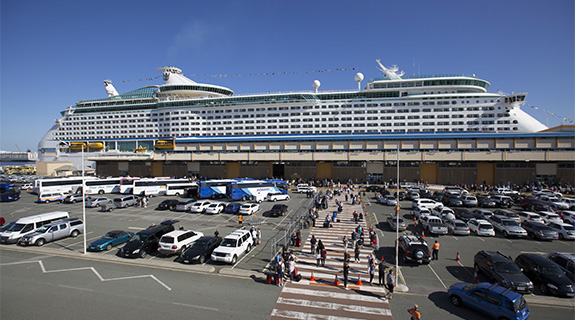 Cruise passengers poured $275 million into the Western Australian economy in 2014-15, with the number of ships visiting WA up nearly 50 per cent on the previous year.

Cruise industry association Cruise Down Under said there were 101 visits by cruise ships to nine destinations in WA last financial year.

Fremantle was the best-performing port, generating a $254.4 million visitor spend.

Those visits generated the equivalent of 1,188 full-time jobs.

“WA leads the rest of the nation in terms of growth in the cruise sector, with visiting ships generating more than $275 million in 2014-15, a $159 million increase on the previous year,” he said.

Mr Day said cruises would also be critical in the state achieving its ambition of increasing total visitor spending from $8.9 billion a year to $12 billion by 2020.

“Having a strong performing cruise sector will help us achieve that goal, and in fact, we’re already seeing results,” he said.