The state government has failed to hit any of the targets in its own waste management strategy, and part of the reason is a lack of coordination among its two key agencies, a review by the auditor general has found. 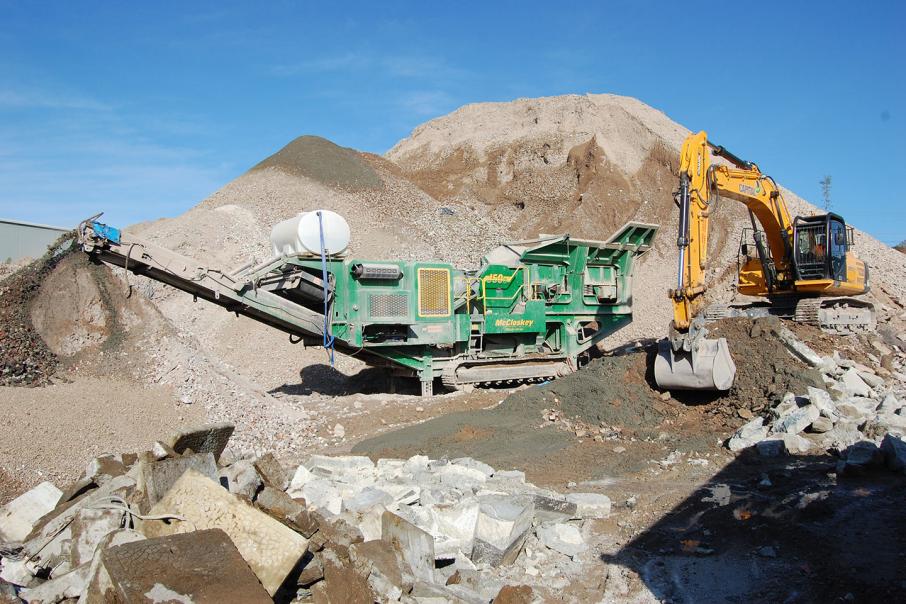 Bayswater-based Capital is one of the state's major recycling companies.

The state government has failed to hit any of the targets in its own waste management strategy, and part of the reason is a lack of coordination among its two key agencies, a review by the auditor general has found.

The report said Western Australia produced an estimated 6.2 million tonnes of waste each year, but only about 40 per cent was diverted from landfill, largely due to that disposal option’s relatively cheap cost.

National reporting in 2010‑11 found that WA’s diversion rate of 39 per cent was lower than most other states and territories, and much lower than the national rate of 60 per cent.

To lift the state's performance, the Barnett government released a waste strategy in 2012, which mapped out a series of goals across the main waste streams.

The auditor general found there have been improvements since 2012 but not enough to reach the waste strategy's targets.

Construction and demolition waste is the largest category. Recycling rates increased from 31 per cent to 42 per cent between 2011 and 2015, but this was well below the 60 per cent target.

Recovery of commercial and industrial waste also inceased, from 28 per cent to 52 per cent, but this was short of the 55 per cent target.

“With most of our waste ending up in landfill, the risk and cost to our environment through toxins and methane is far more than most of us realise,” Mr Clarke said in a statement.

He said one problem was a lack of clarity on the respective roles and responsibilities of the of Department of Environmental Regulation and the Waste Authority.

“The absence of clear roles and responsibilities has affected the cooperation between the agencies and impacted on the planning of projects, the promotion of key messages, the prioritising of effort and the monitoring of outcomes,” the report found.

It found that only 58 per cent of the budgeted spending on approved projects had been distributed in 2015-16, with unspent funds exceeding $30 million.

The auditor general said the state government should be able to monitor progress and the effectiveness of specific waste strategies and funded projects, however this was not the case.

“Monitoring of waste generation and recycling at the local, regional and state level is affected by incomplete and unreliable data and inconsistent planning and progress reporting of projects,” the report said.

“Currently, only 62 per cent of licensed waste operators return data, which is not verified or audited, measurement methods vary from weighbridges to visual estimates, and regional waste production is estimated based on metropolitan data,’’ he said.

‘Reliable data is needed to understand the WA waste and recycling industry, prioritise projects and provide information about the effectiveness of the waste strategy.”

The report noted that five-member Waste Authority board effectively has no decision-making powers, as these rest with the minister – currently Albert Jacob.

The Waste Authority also has no staff, instead relying on DER to provide services and facilities to fulfil its role.

DER has assigned about 27 staff to support the Waste Authority, however these staff are also subject to direction and assignment from DER, which has a different role in waste management.

The staff are therefore subject to the competing priorities of the two agencies.

The report recommends that the Waste Authority and DER clarify and communicate their roles.

It also found there is no long-term plan that identifies future waste facilities in the Perth metropolitan and Peel region, which has resulted in local governments, regional councils and industry making their own waste management choices that do not necessarily align with the Waste Strategy.

Mr Clarke said population increases were likely to result in an increase in waste generation unless there was concerted effort to avoid, reduce and recycle waste.

Environment minister Albert Jacob said the government has acknowledged WA is not achieving waste diversion targets as fast as it had hoped, but said the management of waste continues to improve .

"Resource recovery has increased and landfill reliance has decreased, with 2.6 million tonnes diverted from landfill over that period, an increase of 28 per cent," he said.

"We have also implemented a range of initiatives to improve waste management and increase recycling, including waste levy increases to discourage landfill, the $20 million Better Bins program to support better recycling and the new $10 million program to support recycling of construction and demolition waste.

"The Liberal National Government will also introduce a container deposit scheme in 2018 to reduce littering."

The $10 million C&D program, formally launched in April, includes an $8 million segment that is pre-allocated to local councils on a population basis and $2 million available for competitive grants.

Under the first segment, six local governments are in detailed discussions with the Department of Environment Regulation and the Waste Authority for projects worth more than $1 million of funding

Under the second segment, the government has received applications totalling $482,000.