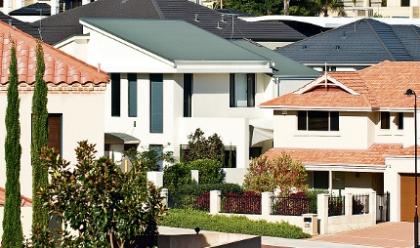 The number of new home loan commitments for owner occupation increased 3.4 per cent in July, after similar increases in June and May, according to the Australian Bureau of Statistics.

Nationally, the value of lending approved for housing - home-buyers and investors included - fell by 1.8 per cent in July, after a 2.1 per cent fall in June.

The national level of lending was only 0.2 per cent higher than in July 2011, while WA’s was up 22.5 per cent on the previous year.

Urban Development Institute of Australia WA chief executive, Debra Goostrey, said the strong July result and the preceding three quarters of increasing loan activity in WA was the clearest sign yet that confidence in housing was returning.

“The first homebuyers grant was still impacting on the market last time we reached this level of loan activity, now it is a market driven increase.”

Since rates were cut on November 2 last year, monthly loans have increased 19.7 per cent, while median rents have jumped $150 per month.

Average mortgage repayments have decreased by $200 per month over that timeframe, Ms Goostrey said.

“With rising wages, static housing prices and the difference between renting and buying reducing, we are seeing people return to the property market,” she said.

“Investor interest is also starting to return with the strengthening yields and stable prices.

“With rental vacancy rates in Perth less than two per cent and rents increasing 13.2 per cent from this time last year, the accommodation squeeze will continue to push the market into recovery over the next six to 12 months.”