Western Australia has the worst residential building conditions in the country, according to a new report from the Housing Industry Association. 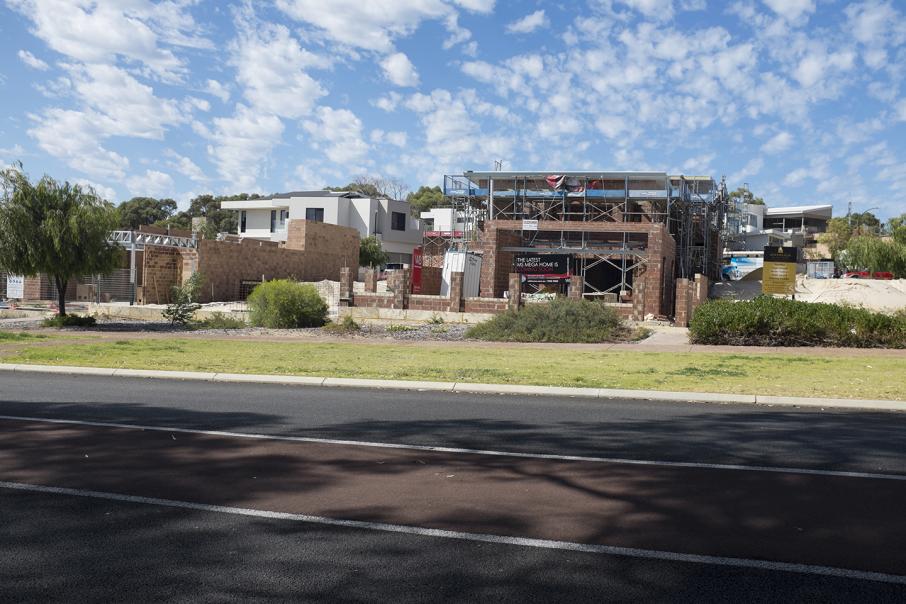 Western Australia has the worst residential building conditions in the country, according to a new report from the Housing Industry Association.

WA has moved into last place on the HIA housing scorecard, which provides a half-yearly review of each state’s housing market based on a range of indicators, due to a big fall in new dwelling commencements and first homebuyer loans.

The state’s score of 24 means it has fallen behind the Northern Territory on 29.

Of the 12 factors, WA ranked last for six, including overseas and interstate migration, along with new home approvals and new home commencements for detached dwellings.

“Detached home building remains the most significant weakness for the industry,” the report said.

“Across detached house approvals, commencements and the number of dwellings under construction, the current levels are in excess of 30 per cent below their respective long-term trend levels.” 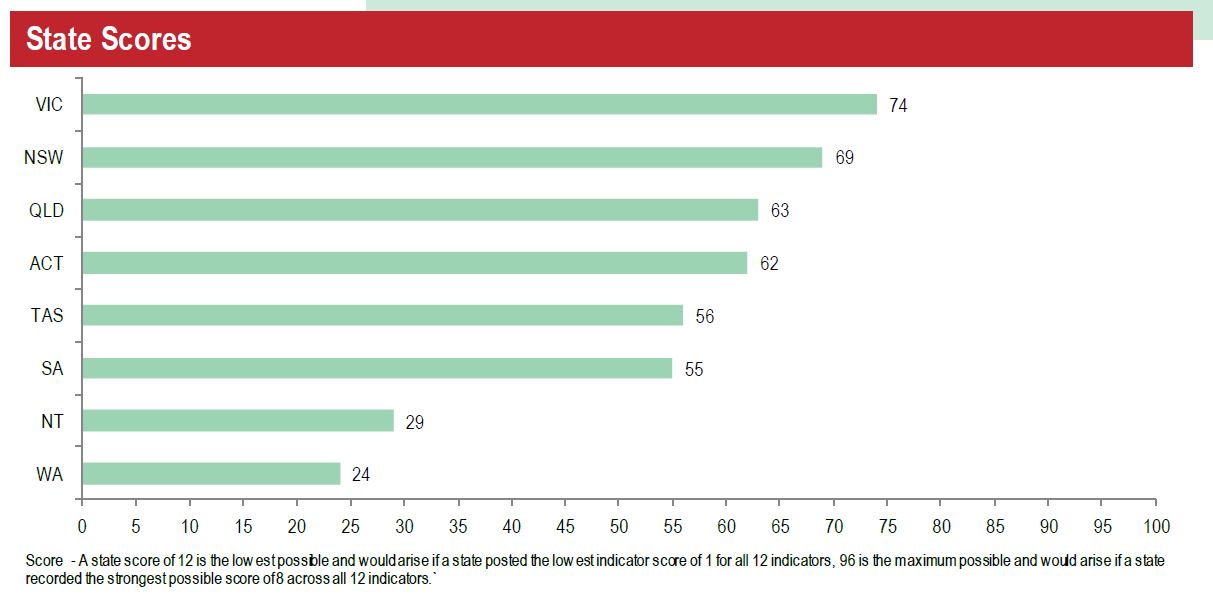 Spending on renovations improved across the six-month period, with WA the fourth strongest state in that category.

The report said despite the poor performance from WA, conditions appear to have stabilised.

“Given that the long-term average includes the biggest economic boom in the state’s history, broad outperformance of the benchmarks would be surprising,” HIA said.

“Looking ahead, as the weakness of the post-boom years start to dominate the long term average, WA’s relative performance should naturally improve.”

Nationally, Victoria and NSW remain the top-ranked home building markets with scores of 74 and 69 respectively.

Victoria’s key strengths were in approvals for alterations and additions, lending to first homebuyers, and detached homes under construction.

South Australia and Tasmania have both recorded improvements in their overall scores over the past two years. 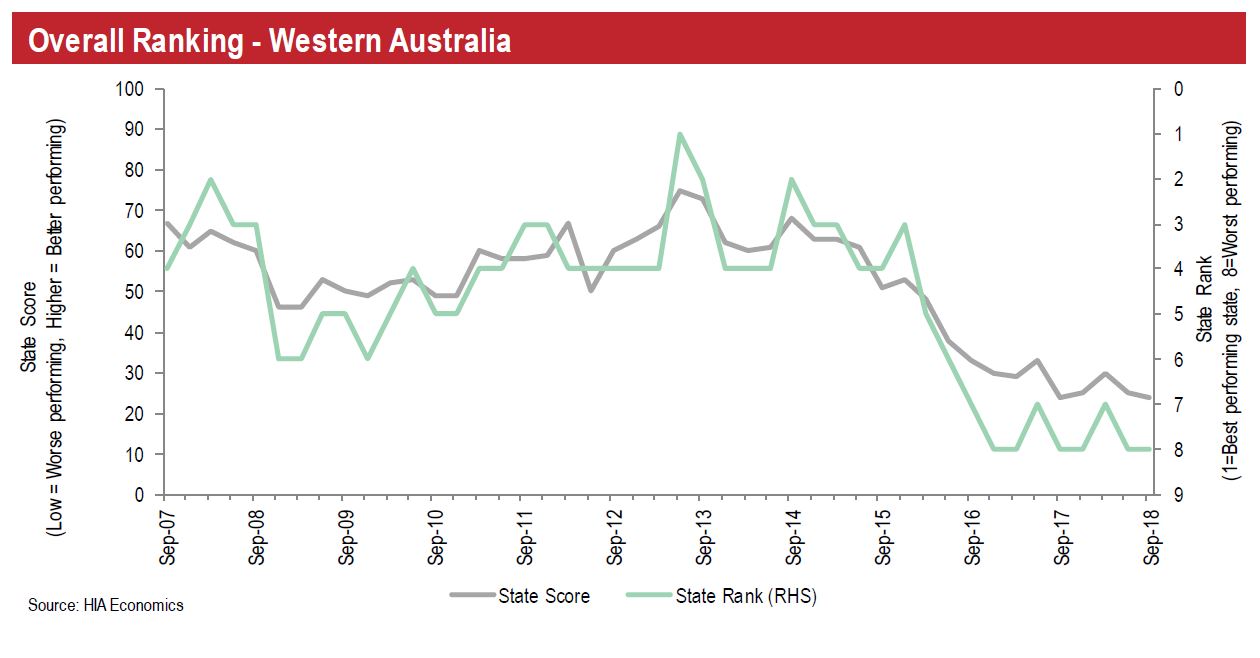 The report said that conditions in WA appear to be stabilising.