The McGowan government is facing renewed pressure to reconsider its proposed foreign investor surcharge, and its removal of the $5,000 first homebuyers boost. 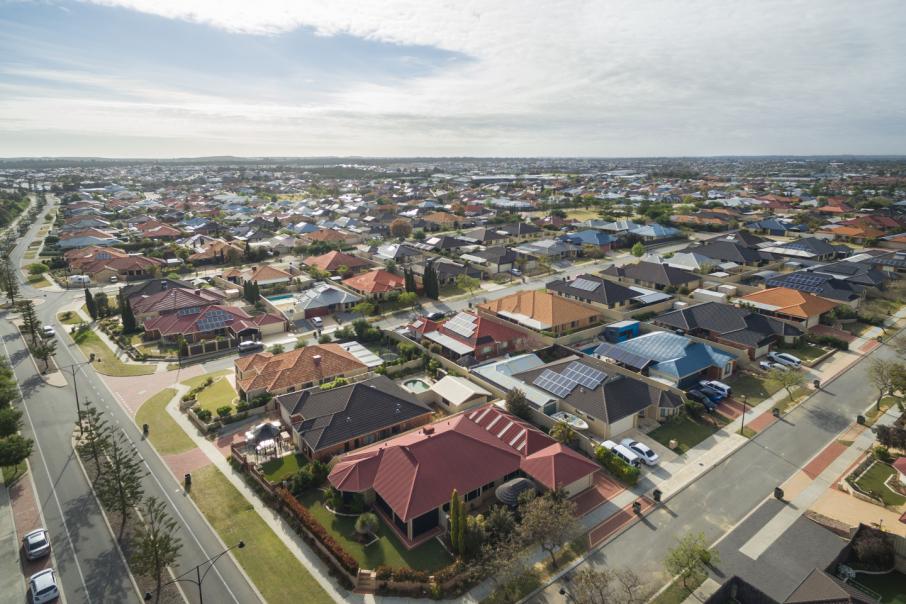 WA dwelling approvals fell by 8.7 per cent in the September quarter and are down 18.5 per cent for the year

The McGowan government is facing renewed pressure to reconsider its proposed foreign investor surcharge, and its removal of the $5,000 first homebuyers boost.

Approvals for new dwellings in Western Australia fell by 19 per cent in September, the biggest drop across all Australian states and territories, according to data from the Australian Bureau of Statistics.

The typically lumpy apartment and unit approvals declined by 29.9 per cent in September, but worryingly for the residential building sector, detached house approvals were down by 14.5 per cent.

On a quarterly basis, total new dwelling approvals were down by 8.7 per cent in WA compared with the previous quarter and were 18.5 per cent lower than a year earlier.

The decline was steeper for apartment and unit approvals, which fell 15.2 per cent during the September 2018 quarter. Detached house approvals were down by 6.5 per cent over the same period.

“The residential building industry is really hurting, as shown by the reduction in approvals reported by the ABS,” he said.

“The last 12 to 18 months has been an extremely difficult period for the residential building industry right across the state, with many regional markets such as the Pilbara, Mid West, Great Southern, South West, and Goldfields all facing difficulties on the back of the tough economic climate.

“This new approvals data is not good news for the many builders, subcontractors and suppliers in the industry who employ local staff and apprentices.”

Mr Gelavis said with a slowly improving state economy and GST returns to WA likely to increase, there was scope for the government to consider stimulus packages for the state’s building sector.

“With the amount of taxes and fees the industry pays, we do our fair share for the government, so I think another $5,000 to the first homebuyers grant or additional stimulus might just help the industry get back on track,” he said.

The modelling by Cadence Economics predicts Labor’s changes, if introduced, would: result in 2,500 fewer homes being built in WA over a five-year period; lead to 2,000 jobs in residential building being lost; and reduce output in WA’s construction sector by $858 million over five years.

Labor has proposed restricting negative gearing to investments in new housing and to halve the capital gains tax discount to 25 per cent for all properties.

Mr Gelavis said Labor’s policy would hit WA’s residential home builders when they were already struggling with worse conditions than the other states.

The Housing Industry Association lent its voice to the issue, with principal economist Tim Reardon stating it was not the time to increase capital gains tax.

“Increasing the tax on housing will result in less investment in housing, fewer houses being built and inevitably a worsening of the affordability challenge,” Mr Reardon said.

He said restrictions on lending to investors and rising borrowing costs had contributed to the headwinds being faced by the housing market.

“Falling house prices in metropolitan areas have also contributed to banks tightening their lending conditions, which have further constrained the availability of finance,” Mr Reardon said.

Mr Gelavis said the most recent ABS data on housing investment loans showed a large fall of 14.2 per cent in the 12 months to August, indicating the folly of introducing the proposed 7 per cent surcharge for foreign investors.

“The result appears partly in response to heavier lending restrictions as well as the severe deterioration of market conditions in WA over the last few years,” he said.

“With seasonally adjusted detached housing commencements falling below the 10-year average, a decline in housing loans to investors and a sluggish renovation market, the government should seriously consider a stimulus package to support residential builders leading up the 2019 budget.”