WA house sales up 9.3 per cent

New home sales in Western Australia improved during February but economists expect sales growth to moderate throughout the rest of the year. 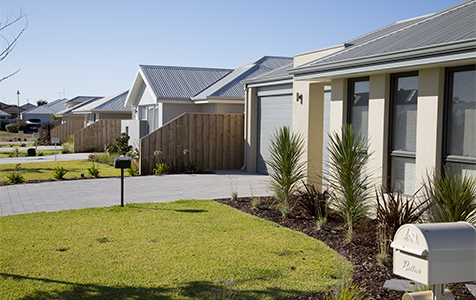 New home sales in Western Australia improved during February but economists expect sales growth to moderate throughout the rest of the year.

Private detached house sales increased by 9.3 per cent last month to 1,500, the highest level since April 2013, according to the Housing Industry Association.

The volume of sales in the three months to February was up 5.4 per cent against the same period last year.

However the HIA cautioned that building approvals had tracked sideways in recent months, a development which points to a moderation of activity over the near to medium term.

"This monthly improvement in detached house sales is a welcome result, however the broader trend remains that sales in this state are tracking sideways," the HIA said.

"As a key leading indicator, the recent trends in detached house sales are broadly consistent with our expectations that a strong result for new home building activity in 2013 is likely to moderate (albeit at a higher level) in 2014."

Across the nation, detached house sales lifted 6.9 per cent higher in February, while multi-unit sales fell by 6.8 per cent.

Detached house sales increased by 17.5 per cent in Queensland and 8.8 per cent in Victoria, but fell by 10.7 per cent in South Australia.