SPECIAL REPORT: Hospital and aged care industry professionals have given WA’s health care system a mixed review, with some aspects applauded and others in need of improvement. 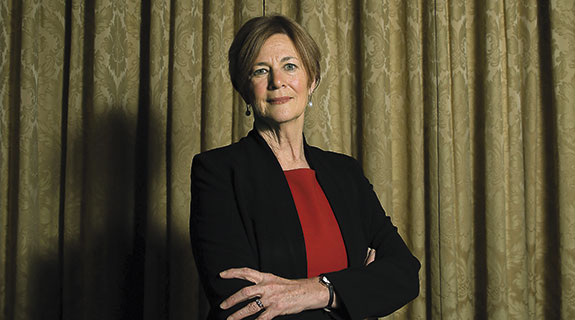 Despite increased spending, including a record amount on new and redeveloped health facilities, several high-profile incidents have plagued the state government.

Chief among these is a series of expensive and hazardous failures at the $2 billion Fiona Stanley Hospital, while the backflip on a pre-election promise to redevelop Royal Perth Hospital is of concern to the sector.

The $1.2 billion children’s hospital also divides opinion, with some welcoming its development while others have criticised delays in its construction and expressed concerns it won’t be big enough to meet future demand.

Health support workers have also taken industrial action in response to recent comments from the state government it is considering privatising some services at the ageing Royal Perth Hospital.

Given the vast scale of investment in facilities, there has been a significant shift in the makeup of the state’s hospitals.

Business News’s BNiQ databse shows the most notable change has come from the opening of Fiona Stanley Hospital.

This has led to the transfer of departments from other centres –such as the emergency department at Fremantle Hospital and burns services at Royal Perth Hospital – to the new 783-bed facility (see hospitals list on page 14).

Royal Perth now has 450 beds, down from more than 800, while two suburban hospitals near Fremantle have completely changed services, both dropping maternity care in response to changing local demands (see story page 12).

Amid this environment of major adjustment, WA is still achieving many of its health performance targets, according to a recently released report by the Australian Medical Association.

Of the six measurable categories, WA was found to have met the criteria for five, more than any other state or territory.

“The one thing about the Western Australian health system that I think they have done well is invest in community-based health care,” she said.

“It’s been over many decades that they have resourced this sector and they’ve had the vision and foresight to actually see where the trend is going; that is, more people wanting services in their own community or at home.”

Ms Skipper said WA also stood out nationally for its palliative care targets, which had allowed more Western Australians to die at home, rather than in hospital.

“Within Silver Chain palliative care, about 69 per cent of just over 2,000 patients die at home every year and this is compared with the national average of 14 per cent,” she said.

Ms Skipper said Silver Chain’s 24-7 model of palliative care, which included always having GPs on call, meant patients could stay at home, thereby providing a benefit for them and their community.

Despite some industry concerns about smaller aged care providers’ ability to meet recent federally mandated changes regarding consumer choice, Ms Skipper said Silver Chain and other bigger providers in WA were working well to adjust and it was too early to tell how smaller providers would cope.

“I think the two things that are going to drive the success of consumer-directed care are the ability of an organisation to be flexible and agile to the needs of consumers, and also to manage complex health care needs,” she said.

“WA Health has five separate legal divisions, each hospital is a kingdom of its own; hospitals are funded by state health and primary health is federally funded,” Ms Brennan said.

“Then there are public and private health systems, not to mention a patchwork of not-for-profit organisations providing community based services.

“It is a genuine challenge to manage this complexity.”

She said partnerships such as the Roaming Education and Community Health project between Curtin University, Central Institute of Technology, St Bartholomew’s House, WA Health and others allowed nursing students to help vulnerable people who would not ordinarily have access to similar services.

Such outcomes demonstrated that partnerships were a great way to operate, she said.

She remained hopeful recent federal changes to the way primary health care was delivered would lead to even better partnerships.

The contracted administrator of primary health care, usually via general practitioners, was now run by one company operating across three big jurisdictions in WA, Ms Brennan said, instead of a number of companies running 61 smaller geographical networks.

However, she said it would take more than just a broad-sweep approach to redesign a health care system that wasn’t fixated on meeting provider’s needs first.

“What we really need is patient and family-centred care and more of an orientation towards preventative health and community care.

“I think the concept of patient-centred care is still aspirational, not a reality.”

While some in the aged care sector believe federally mandated, consumer-directed care changes will cause smaller providers to merge, be acquired or close (adversely affecting rural communities in particular), BNiQ research has revealed that WA’s aged care providers have remained relatively unchanged over the past 12 months (see aged care list page 13).

And while Brightwater Care Group and Bethanie have previously told Business News that adapting their businesses to give consumers more choice would, in many cases, require a major overhaul of procedures, in some cases even small changes are having a marked impact.

“One of the things that we’re introducing, which is pretty simplistic but talks to how care is evolving, is providing more independence in our dementia units,” he said.

“Previously, the care models for dementia units has been very paternalistic and risk averse; so that meant basically we would do everything for them. You wouldn’t let a dementia unit resident make their own cup of tea because the risk would be they’d burn themselves.”

Mr How said Bethanie now lets its dementia-affected residents make their own toast, cereal and cups of tea because research had shown this was safe to do with supervision.

“What that does is it promotes independence, but it also means that you move away from that task approach to care. Previously a support worker would have gone in and said ‘time for you to get up and have breakfast’, now people get up in their own time frames. That’s a small innovation that is really changing that model of care.”

He said Bethanie’s clients were increasingly asking for equipment such as internet-linked blood pressure and blood sugar monitoring equipment, which enabled them to forgo checks at a clinic.

While Bethanie has had success making changes internally, Mr How said the industry as a whole had to tackle the major challenge of improving communication and integration between different providers when aged care patients required acute services.

In many cases, he said, existing funding arrangements meant serious medical issues had to be attended to in hospitals. Then to save costs, patients were often discharged early, sometimes into facilities that didn’t have the skills or resources to cope, or weren’t trained in appropriate handovers.

“What we are more likely to do in the industry is send someone who’s had an acute episode to an acute facility. Not because that’s the best outcome for the client or we can’t treat that person, but because we’re not funded to treat that person; so that person then follows the funding stream rather than following what’s best for them,” Mr How said.

While Bethanie had improved its discharge and admission processes, and often carried out acute care on patients itself, improvements across the industry were needed.

With a big involvement in health and aged care services, the Perth-based organisation is among a number of groups nationally trialing how consumers and health care providers can work to combine to improve patient outcomes.

CommunityWest manager innovation and business development Louise Forster told Business News successful examples of ‘co-design and co-production’ already existed in New Zealand and the UK, where practical advancements had been made in a variety of projects.

Ms Forster said CommunityWest was involved in pilot trials aimed at helping aged care providers work with customers to devise solutions that improved quality of life and drew on co-design and co-production principles.

“It’s about working from a strength-based model, so seeing what can people do and then looking at how to maintain those skills and build on other skills … this is very much a community based model,” she said.

“With aged care, often people can write older people off and think decline is a natural process and that means they’ve lost those skills, so it’s been a bit of a challenge in the sector trying to educate the wider community that (even if) you’re old you can still maintain and regain skills.”

Ms Forster said key to creating programs that worked for every party meant not relying on consultation methods that, in some cases, had proved unsuccessful.

The Health Consumer Council’s Pip Brennan agreed, saying efforts to engage the public, in particular Aboriginal groups, on issues of consumer and health advocacy, often met resistance due to fears of pre-determined results.

“We originally were funded to train Aboriginal people to sit on community advisory councils but they don’t want to go, they don’t want to be the one black face and the rubber stamp. The issues that are relevant to them are often not discussed,” she said.

“Co-production principles really go a lot deeper than that and it’s about working with that individual to engage with them in a way that’s comfortable for them,” she said.

“So it’s not inviting someone into a board room, it’s about going to them, speaking on their level.”

Ms Forster said while changes to funding models could make some organisations more competitive, the move to give consumers more control also offered opportunities for greater collaboration and cost reduction.

“In the short term, consumer-directed care takes longer and could be seen as more expensive for organisations to implement,” she said.

“But in the long-term, which is what we need to look at because we’ve got an ageing and growing population, people are going to be able to take much more control of their own health, and that will eventually cost less money.”