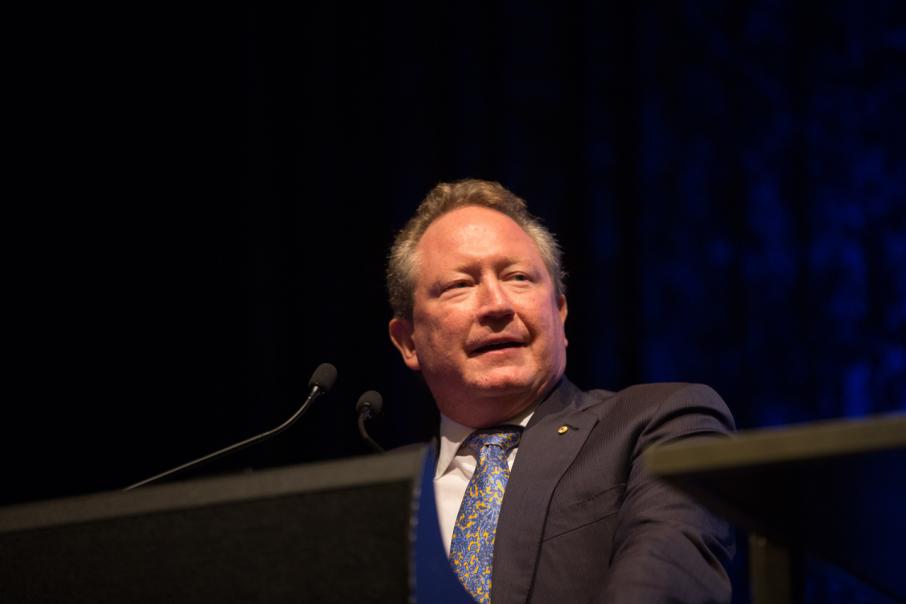 Mr Forrest called on the government to get off its “COVID tail” and take immediate action.Photo: Gabriel Oliveira

WA mining magnate Andrew Forrest has slammed the state government for “dithering” on green hydrogen, just days after he unveiled plans to build a $1 billion green hydrogen hub in Queensland.

In an address to the National Press Club this morning, Mr Forrest said the WA government had delivered those looking to develop green hydrogen projects little more than words and called on the government to get off its “COVID tail” and take immediate action.

He admitted he would have preferred to build the project in WA, but that it simply was not possible, and had even written to Premier Mark McGowan calling on the government to act.

“Until Western Australia works out how to give people who want to develop large green hydrogen projects some security to get on and do it, then we’re going to continue dithering,” he said.

“Even though we have a Labor government which is fully committed to carbon neutrality, actually it’s just words. We now need action.

“I love the fact it [Western Australia] is full of hard working, entrepreneurial Western Australians, but the government has actually got to stand up and make it happen.

“Not talk about it, not wish it into existence, they’ve actually got to make it happen like other state governments are doing.

“Would I have preferred to have our first in Western Australia? Absolutely, I would have.

“But it wasn’t possible, and I’ve written to the Premier in increasingly strident terms saying we cannot wish this into existence, you’ve either got to do it or not.”

Liberal leader and hydrogen spokesperson David Honey said the comments confirmed that WA was losing out in the international green hydrogen race because of the abject failure of the state government.

He said the state needed to urgently diversify and invest in new industries such as hydrogen, arguing that its economy was too reliant on iron ore exports.

“The reality is that Western Australia could become world leaders in hydrogen production because the state has outstanding renewable energy resources and other key advantages in energy expertise, infrastructure and global relationships.”

On Monday, Mr Forrest’s Fortescue Future Industries announced it would conduct a feasibility study with Incitec Pivot on ammonia production in Brisbane, one day after announcing plans to invest up to $1 billion building a hydrogen equipment facility in Gladstone.

On Tuesday, he appeared with NSW premier Dominic Perrottet, who announced up to $3 billion in subsidies, including tax breaks, to support green hydrogen projects.

The NSW government has previously committed $70 million to develop hydrogen hubs in the Hunter and Illawarra regions.

Mr Honey said Fortescue's decision to build an electrolyser manufacturing plant in Gladstone reflected poorly on the WA government, but Hydrogen Minister Alannah MacTiernan said it was working to facilitate the company’s ambitions in WA.

The mining magnate also argued that emissions reduction targets of between 40 and 50 per cent were absolutely necessary for Australia.

The former Fortescue chief executive also said it would be a "high profile" declaration of where Australia sits on climate change if Prime Minister Scott Morrison does not attend an upcoming Glasgow summit to address the issue.

Mr Forrest on Wednesday outlined billion-dollar plans for green hydrogen production facilities across Australia, including in NSW, Queensland and Tasmania.

Ahead of a final decision on Australia's net-zero emissions policy by the government, Mr Forrest has hit out at MPs who have criticised such proposals as being detrimental to the economy.

"We need to stop the fearmongering," he told ABC Radio National on Thursday.

"It might crack a few more votes at the next election, but after that it is seen as fearmongering, when coal starts to subside."

Much of the criticism of net-zero plans have come from senior Nationals MPs, who have said attempts to reduce emissions would impact on regional areas and jobs.

The Nationals will hold a partyroom meeting on Sunday to discuss the plan, which went before federal cabinet on Wednesday.

Nationals Senate leader and cabinet minister Bridget McKenzie said there would be "no deal unless it is right for the regions".

Mr Forrest said he had spoken to Deputy Prime Minister Barnaby Joyce and Senator McKenzie about the plans for green hydrogen facilities on Wednesday.

"I'm sure they are quite capable of hearing the facts," he said.

"Economies are going green and they are going to grow the fastest and have the most jobs. If Australia doesn't do it, that capital will go to countries that will."

"When it comes to green hydrogen, there is enormous opportunity for growth in the regions," he said.

"We have the farcical situation of Barnaby Joyce waiting for the Nationals to tell him what he can tell Scott Morrison what he's allowed to say if he goes to Glasgow."