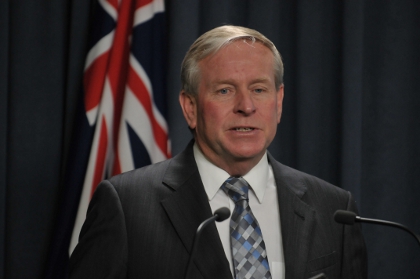 Small to medium business operators (SMEs) in Western Australia are the most satisfied in the country according to the 2013 MYOB business monitor which tracks SME sentiment towards governments in Australia.

At a state level, WA SMEs are also the most indifferent among the country’s businesses with 47 per cent saying they are neither satisfied nor dissatisfied by the performance of the Barnett government.

The sentiment of WA SMEs towards the state government was not reflected at a federal level.

Nearly half of WA businesses surveyed expressed dissatisfaction towards the federal government, a trend that was mirrored in state surveys around the country.

Forty eight per cent of WA SMEs said they were dissatisfied by the Gillard government’s performance while only 13 per cent expressed their satisfaction, a trend that was again present across the board nationally.

A large proportion of respondents also expressed indifference towards both levels of government with 39 per cent and 32 per cent saying they were neither satisfied nor dissatisfied by the performance of the state and national governments.

SME’s also gave their verdict on what policies should be implemented to best support their business.

Over 70 per cent of respondents want policies that significantly simplify the GST and BAS reporting process.

The abolition of the carbon tax was judged the second most important policy initiative to supporting the growth of SMEs.

Sixty per cent of respondents listed more federal investment in transport infrastructure for major cities as the third most important government initiative.