The MACA Cancer 200 Challenge raised $3.6 million for Harry Perkins Institute of Medical Research on the weekend, taking the total donated in 2020 to $4.5 million, despite COVID-19. 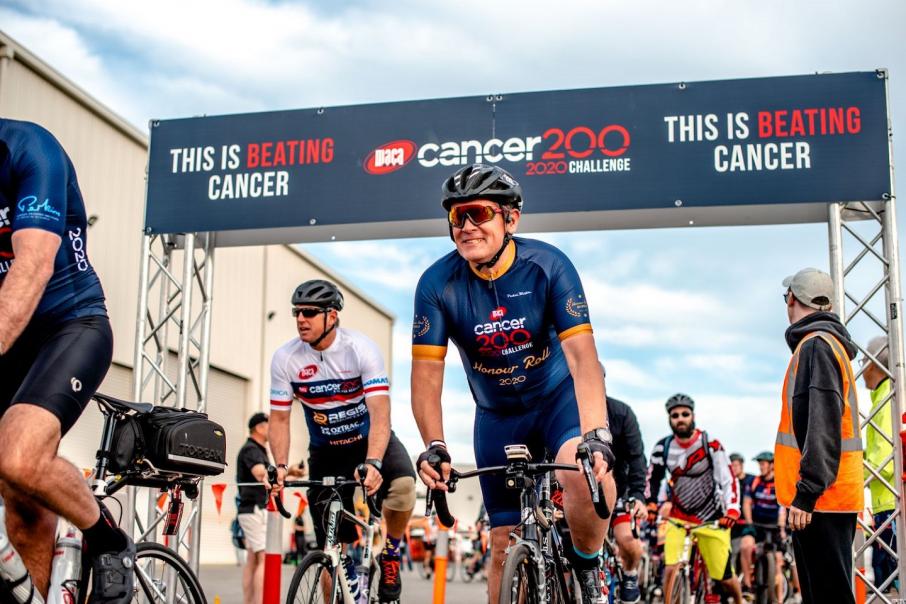 The MACA Cancer 200 Challenge raised $3.6 million for Harry Perkins Institute of Medical Research on the weekend, taking the total donated in 2020 to $4.5 million, despite COVID-19.

Earlier in the year, the MACA Cancer 200 Ride for Research and the Hawaiian Walk for Women's Cancer, which have raised $5 million for the institute in previous years, were cancelled due to COVID-19 restrictions.

Harry Perkins Institute of Medical Research director Peter Leedman said the board had to make some tough decisions in March about whether the events would go ahead.

Professor Leedman said the institute knew it couldn't hold mass events that brought people together, especially those with cancer, but also did not want to disappoint people who had started fundraising for the walk.

He said they made the decision to cancel mass events, but offer personal challenges where people could do the ride or walk in their own time.

The new-look Hawaiian Women's Cancer Challenge was held in early October, and has raised $900,000 so far.

While raising less than in 2019, when $4.8 million was donated, Professor Leedman said the ride over the weekend was a success.

“When we announced that the ride would have a COVID makeover, we weren’t sure if participants would be as eager to get behind this event and make the incredible difference they have done each year before,” Professor Leedman said.

“Everyone at Perkins is enormously proud and grateful for the incredible efforts of our riders during this tough year.

“Your fundraising makes a significant difference to the institute’s research abilities and many driven, talented and capable cancer researchers rely on your support.”

Other corporate teams included Wooside, which has raised $188,000, and Macmahon which collected $142,500 in donations.

The event has raised nearly $40 million for cancer research over the past nine years.

According to the institute, the decision to transform the two mass events to personal challenges delivered some spin-off benefits.

The costs of holding major events that close roads, need complex safety logistics, require start and finish line stages, marquees and other facilities as well as food and water, were all saved.

“And we discovered that giving people choices about when and where and over what time they undertook the challenges led to some people taking part in other states and even other countries, and some older walkers registered because they could complete the 35kms over a number of days,” Professor Leedman said.

“We will definitely go away and think about which innovations we’ll offer in future."

Money raised will support research into preventing or treating breast cancer and several difficult-to-treat cancers such as pancreatic, liver and head and neck cancers.