WA gas prices up with exports

A new report says governments will need to balance the need to keep gas prices low for local consumers with securing royalties from producers. 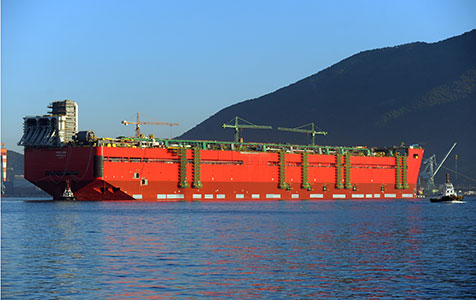 The report, released this month by University of Oxford, found that one outcome of building more LNG projects was that domestic gas prices, currently around $US5 per million metric British thermal units in Western Australia, would align with higher export prices of $US5.9-$US8.8/MMBtu.

“With new contracts set to be priced in a range above $US6/MMBtu, it is becomingly increasingly clear that WA consumers will be forced to accept gas prices that are set with reference to the levels … for sales to consumers for Australian LNG in Asia,” the report said. 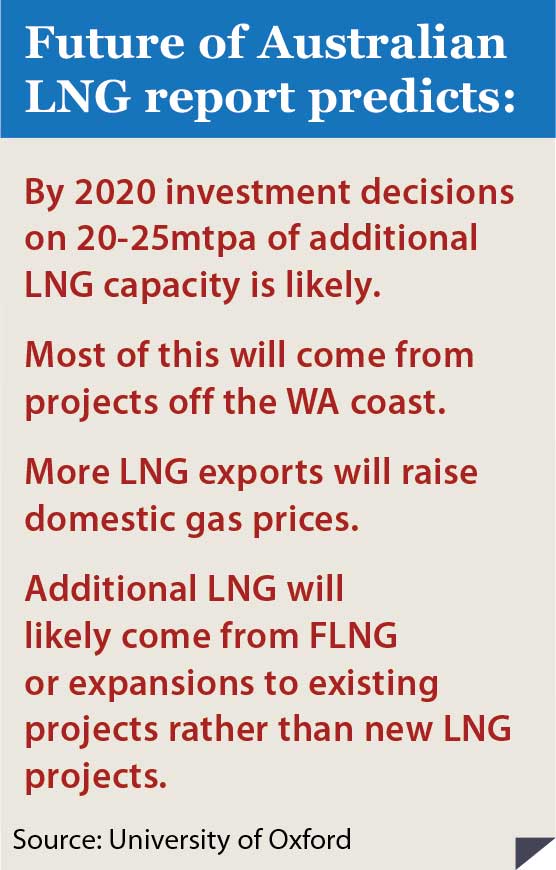 The value of Australian LNG export revenues in 2017-18 is predicted to reach $62 billion, five times more than revenues from LNG exported in 2011-12.

The report found the dramatic rise in planned LNG exports, along with increasing domestic demand for gas, was causing problems for state and federal governments.

It said governments would have to try and strike a balance between keeping gas prices low for Australians and securing royalties from producers who want higher export revenues.

“The choice for the WA government is therefore clear – accept higher prices in the domestic market or impose a stricter domestic market obligation on new LNG projects and risk losing them to FLNG projects in federal waters or to rival states, with the relevant consequences for tax revenue generation and economic development in WA,” the report said.

It said WA projects in particular required cost control and workforce management to compete with exports from east Africa, Russia, Canada and, in time, the US.

The report found additional LNG projects, beyond the seven currently in construction, were likely to contribute 20 million to 25 million tonnes per annum of new LNG capacity, with final investment decision taking place by 2020.

“One additional train is likely on the east coast with the remainder on the North-West Shelf,” it said.

“However, the one major difference with this future tranche of projects is that over 60 per cent of the proposed volume is from brownfield expansion of existing projects, while 24 per cent is potentially from floating liquefaction and only 15 per cent being greenfield land-based projects.”

This is largely due to FLNG’s ability to reduce costs.

A McKinsey & Company investigation of the potential cost difference between FLNG and LNG in Australia found floating technology reduced costs for a two-train 8mtpa project by between $1 and $1.40/MMBtu.

A recent parliamentary inquiry into the economics of FLNG in WA found offshore floating technology would marginalise many of the drivers of the state’s economic growth such as construction, service and maintenance jobs, as well as royalties.

“The use of FLNG technology as an alternative to onshore gas processing would negatively impact upon WA industry, while also undermining the state's domestic gas supply and public revenue base,” the two-volume report said.

While the report found the overall effect of FLNG on WA’s economy was negative, it encouraged the state government to work with producers and the Commonwealth to take advantage of its opportunities, such as building up a uniquely skilled workforce.

Shell, which is developing what will become the world’s largest FLNG project, Prelude, 475 kilometres north-east of Broome, has partnered with Challenger Institute of Technology’s Australian Centre for Energy and Process Training to train local staff.

Perhaps the most notable opportunity to come out of FLNG in WA has been the early establishment of a floating systems centre being led by the University of Western Australia in conjunction with CSIRO and Curtin University (see page 16).

Such a possibility was widely lauded in the parliamentary report by industry proponents.

“Perth has a very good depth of engineering and other support services. As they become familiar with the floating technology – perhaps some of the first in the world to do so – we believe there is a real opportunity to be a support centre and export some of those skill sets that are built up,” a ConocoPhillips spokeswoman told the inquiry.