Western Australian farmers are projected to enjoy the highest rate of return in the nation, excluding capital appreciation, for 2014-15, according to the Australian Bureau of Agricultural and Resource Economics and Sciences. 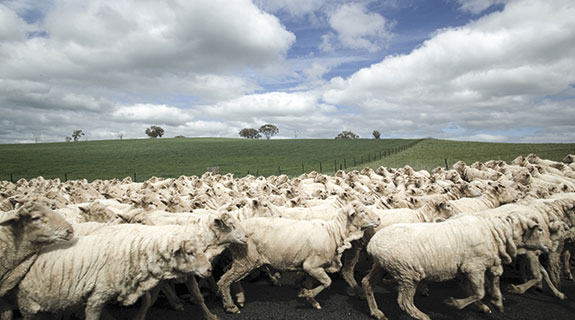 Western Australian farmers are projected to enjoy the highest rate of return in the nation, excluding capital appreciation, for 2014-15, according to the Australian Bureau of Agricultural and Resource Economics and Sciences.

At 3 per cent, WA will be well ahead of Queensland and the Northern Territory, each on negative 0.2 per cent.

Despite this state’s nation-leading performance, however, WA’s average farm cash income – the difference between total cash receipts and total cash costs – is expected to fall to $211,000 in WA for this financial year, mirroring similar declines in Victoria, New South Wales and South Australia.

At that level, it is still 30 per cent above the average for the decade to 2014, however, with WA farmers earning the highest cash incomes of any state (topped only by those in the NT).

Most of the decline in farm cash income will be driven by a fall in winter grain production, following a record level the previous year, and lower wheat prices on global markets.

Wheat growers expected to earn a return of 5.5 per cent nationally, excluding capital appreciation, making it the most lucrative agricultural industry in Australia.

By contrast, the beef industry is projected to return negative 0.3 per cent this year.

Abares said increases in live beef cattle exports, coupled with rising cattle prices, would substantially increase cash income for operations in the northern pastoral regions in the Kimberley and Pilbara.

For the Kimberley as a whole, cash income was expected to be $636,000 on average, the second highest of any region in Australia.

Wheat was the state’s biggest agricultural export earner in the 2013-14 financial year, bringing in more than $2.8 billion after a record crop yield, while canola was worth just more than $1 billion and barley $964 million.

Beef and cattle were some distance behind, but still substantial, at $355 million combined, after being hit by the federal government’s surprise live export ban in June 2011.

The sheep industry, the state’s second biggest agricultural product after grains, is expected to deliver returns of 1.3 per cent this year.

That figure was not broken down by state.

Overall, the report found that farms in most WA regions would return a profit in 2014-15.

Farms in the north and east Wheatbelt would perform best, with an average profit of $187,000, while farmers in the South West were projected to lose $1,000 (on average).

The average WA farm is carrying just less than $1.1 million of debt, while capital at June 30 was around $5.3 million, leaving most local farms with an equity ratio around 80.

Most of that debt is driven by working capital and land purchases, Abares found.

Looking ahead, there was also good news for the state’s dairy farmers.

While milk production is expected to remain unchanged in WA in 2015-16, it is one of only two states where farm cash income is not expected to fall for dairy producers.

In WA, dairy production is almost entirely for domestic consumption, with exports of only $47 million.