EHR Resources has launched a $12 million capital raising to fund diamond exploration overseas, while Rumble Resources is raising $6 million to fund its next gold drilling program in Western Australia. 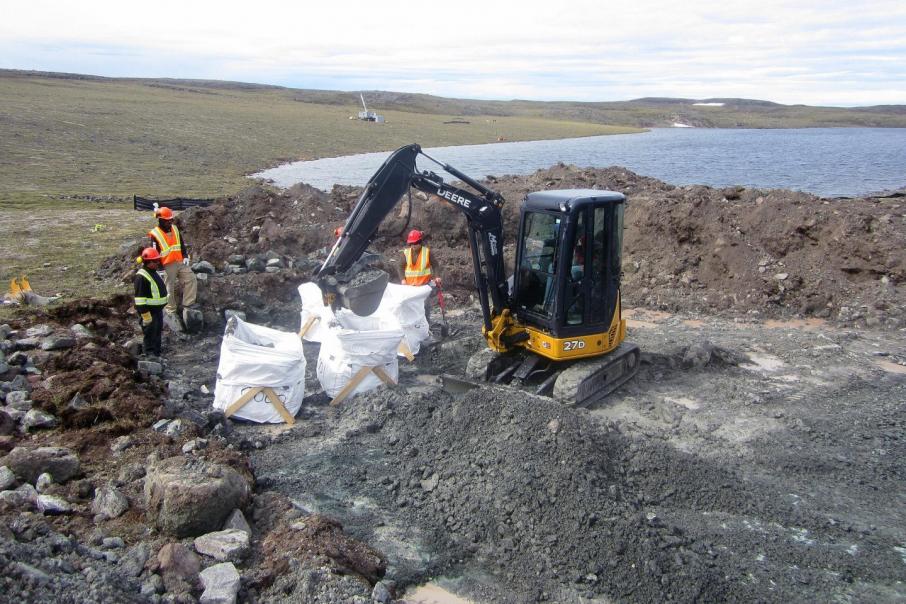 EHR will use the funds to meet expenditure requirements on the Naujaat diamond project in Canada. Photo: EHR

EHR Resources has launched a $12 million capital raising to fund diamond exploration overseas, while Rumble Resources is raising $6 million to fund its next gold drilling program in Western Australia.

West Perth-based EHR said it was seeking funds to meet expenditure on its existing projects, including the Naujaat project earn-in agreement signed with North Arrow Metals earlier this month.

EHR will issue around 36.6 million shares, priced at 9.6 cents each, in two tranches to raise $10 million, with settlement of tranche one expected to occur on Friday.

The company is seeking to raise a further $2 million from a share purchase plan, with the new shares to be issued at the placement price.

The capital raising follows a strategic alliance signed with a privately owned diamond exploration company in Botswana, which will give EHR exposure to any potential discoveries, and the purchase of Nanuk Diamonds in March.

EHR managing director Peter Ravenscroft said the company had made good progress since adding a focus on diamonds to its mineral resource project strategy.

“The capital raising positions the company to meaningfully progress the projects we have acquired” he said.

“Importantly, a raising of this size allows us to fully focus on adding value to our existing investments, while also strengthening the company’s position with regards to other potential project acquisitions.”

Euroz is acting as lead manager to the placement, with NSW-based Aitken Murray Capital Partners as co-manager.

Rumble will issue 65 million shares, priced at 9.3 cents each, with Gleneagle Securities acting as lead manager and broker to the placement.