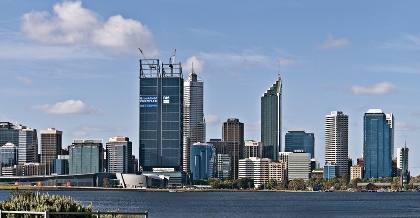 The value of Western Australia’s listed companies continued to rise in October, despite mixed global sentiment, a new report says.

Deloitte’s WA Index increased by 1.8 per cent over the month, with the total market capitalisation of WA companies closing at $145.38 billion.

Deloitte’s WA mining leader Tim Richards said iron ore producers led the way, with a 14.5 per cent increase in their value driven by speculated growth in demand for steel.

“Renewed confidence in the short to medium term demand for steel has brought much-needed relief to WA’s iron ore industry, and is allowing producers to re-evaluate whether previously halted projects are feasible,” Mr Richards said.

Mr Richards said investors remained cautious, however, on the back of slow Chinese GDP data released in mid-October.

The biggest movers for the month of October were property developer Aspen Group and resources firms Marengo Mining, which posted increases in market capitalisation of 99.4 per cent, 52.4 per cent and 44.7 per cent, respectively.

The All Ordinaries Index outperformed the WA Index in October, however, boosted by the strength of iron ore miners BHP Billiton and Rio Tinto, as well as strong performances from the big four banks.