Two prominent Perth businesswomen have moved on to new government roles, with Heather Zampatti named the new chair for Lotterywest, while Libby Lyons has become a director of the national Workplace Gender Equality Agency. 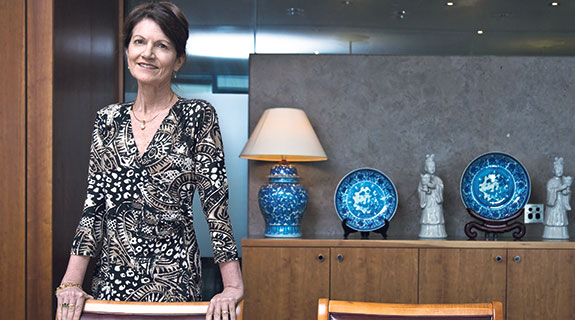 Two prominent Perth businesswomen have moved on to new government roles, with Heather Zampatti named the new chair for Lotterywest, while Libby Lyons has become a director of the Workplace Gender Equality Agency.

Premier Colin Barnett said Ms Zampatti, who is the head of wealth management at Bell Potter Securities, had strong credentials to carry out her new role at Lotterywest.

“Her current position at Bell Potter and her experience as a board member will bring significant commercial and financial expertise to the Lotterywest board,” Mr Barnett said.

She has also served on a number of boards including at the West Australian Ballet, Osteoporosis Australia, Chief Executive Women and the University of Western Australia’s University Club.

She was also previously the chair of the Princess Margaret Hospital Foundation.

Ms Zampatti replaces John Atkins, who was appointed as agent general for Western Australia in June, and is now based in London.

She will begin in the role immediately.

Meanwhile, Ms Lyons, who recently moved from Perth to Adelaide to take an executive role at mining giant BHP Billiton, has been appointed as director of the Workplace Gender Equality Agency.

She has previously served as general manager of external relations at Atlas Iron, as well as public affairs roles at CITIC Pacific Mining, Alcoa of Australia and Western Power.

Minister Assisting the Prime Minister for Women Michaelia Cash said the government was looking forward to working with Ms Lyons to try and reduce the gender pay gap and to raise awareness of strategies that can assist employers.

“The agency has an important role in helping the government achieve the G20 target of increasing female workforce participation by 25 per cent by 2025,” Senator Cash said.

Ms Lyons replaces Helen Conway, and will serve in the role for five years from October.