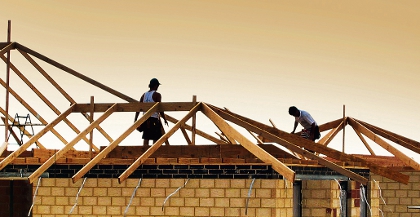 Western Australia has delivered its eighth consecutive month of increases in housing finance commitments, according to official data released today.

Total finance commitments for new housing hit 6,937 in March, according to data released by the Australian Bureau of Statistics today, up from 6,705 in February, and 5,484 in March last year.

Nationally, housing finance approvals increased by 0.3 per cent in March, a better result than expected, with economists' forecasts centred on housing finance commitments falling by 2.0 per cent over the month.

Patersons economist Tony Farnham said the small increase in finance approvals was driven by a 13.4 per cent intermonth surge in the purchase of new dwellings component.

“There was little to cheer about in the other components though, with loans for the ‘construction of dwellings” edging 0.2% higher while the dominant “purchase of established dwellings” category actually declined by 0.2% on an intermonth basis,” Mr Farnham said.

“From a major state perspective, the stars were WA (which delivered its eighth successive intermonth gain) and Queensland.”

Macquarie senior economist Brian Redican said there was quite a lot of refinancing in March and a rise in the take up of fixed-rate loans.

"Its looks like people have been switching their mortgages," he said.

"The second point is that Western Australia seems to be the only state that is enjoying any kind of improvement in underlying lending."

Mr Redican said the two interest rate cuts by the Reserve Bank of Australia (RBA) in November and December did not have an impact on housing finance in March.

"Of course that's one of reasons why the Reserve Bank cut the cash rate in May to kick start the housing sector."