Western Australia is in better economic shape than any other state as we bid a relieved farewell to 2020 and look forward to 2021. 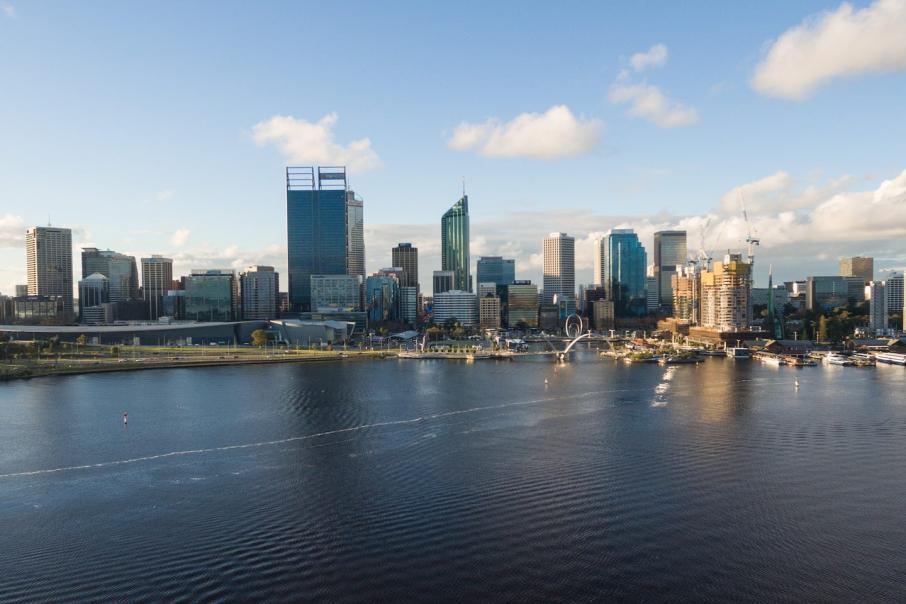 WA is the only state to have more than recovered its pre-pandemic labour market position. Photo: Gabriel Oliveira

Western Australia is in better economic shape than any other state as we bid a relieved farewell to 2020 and look forward to 2021.

The momentum we carry into this year is founded on the economic return from the state’s success in containing COVID-19.

Not for the first time, a strong mining sector has led the way in exports and business investment.

And a resilient labour market has bounced back strongly – WA is the only state to have more than recovered its pre-pandemic labour market position in both jobs and hours worked. 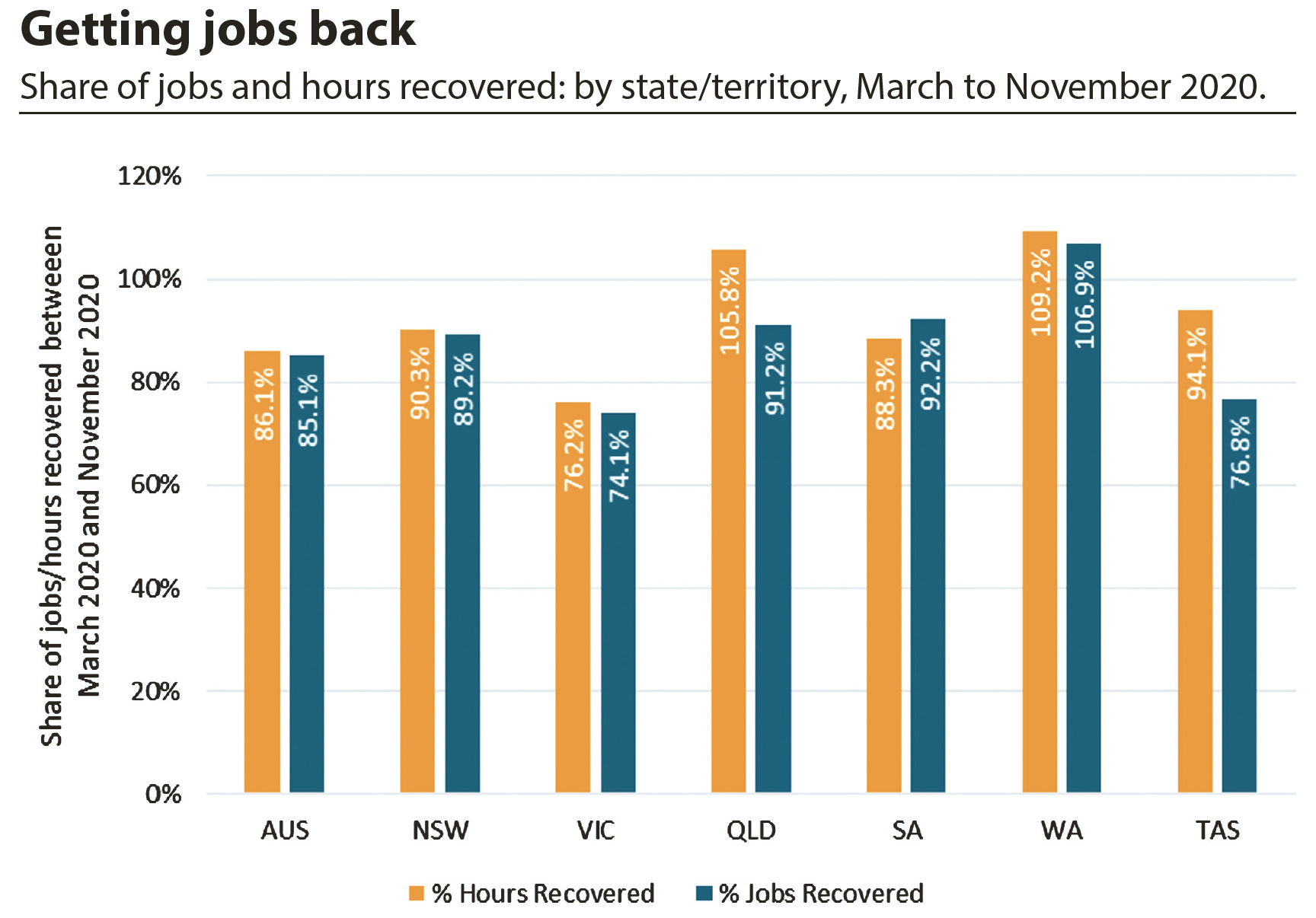 Last year’s state budget targets economic growth of 1.25 per cent and 2.75 per cent over the next two years, revealing expectations of an accelerating recovery over the latter half of 2021.

But what uncertainties could knock WA off course?

The first uncertainty relates to access to government assistance.

As the WA economy seeks to continue its recovery in 2021, it will do so without a number of policy supports that are being progressively withdrawn over the course of the year.

The construction sector has benefited greatly from WA’s Building Bonus and the federal government’s HomeBuilder schemes, with eligibility for HomeBuilder extended to new-build contracts signed before the end of March 2021.

The hope is the stimulus from these two schemes will generate a construction pipeline to cover at least the remainder of the year, but this will depend on the take-up of HomeBuilder grants over the first quarter of 2021.

JobKeeper payments have fallen to $1,000 per fortnight from January 2021 for employees working at least 20 hours per week, and $650 for those working less than 20 hours.

To retain JobKeeker, businesses need to show that turnover during the December 2020 quarter was 30 per cent or more below the corresponding quarter in 2019.

Many businesses have recovered to the point where they are no longer eligible for JobKeeper.

For others, the lower subsidy and its withdrawal after March 2021 will add to the pressures they already face.

This is especially the case in sectors that continue to suffer from the pandemic – accommodation, tourism, food and hospitality.

A second uncertainty relates to WA’s trading relationships with its major export partners.

The lion’s share of WA’s exports are directed towards China, which ranks among the top three destinations for seven of WA’s top eight commodity exports.

China has been largely successful in containing COVID-19, and stimulus measures have strengthened China’s economic recovery.

This has benefited WA, especially in the high demand for steel.

Yet trade tensions between Australia and China have created uncertainties, especially for agriculture and wine exports.

The risk of continued trade disruptions with China highlights the imperative for WA to diversify not just in production, but in export markets as well.

A third uncertainty relates to the strength of the currency.

The Australian dollar appreciated over the past year to US78 cents by January, supported by a high iron ore price and Australia’s response to COVID-19.

We can expect the Australian dollar to remain above US70 cents for much of 2021, making WA’s exports more expensive and less competitive.

WA’s containment of COVID-19 is one of the main factors supporting our economy. However, this necessarily highlights a second wave as a major threat to the state’s continued recovery.

And herein lies the tension.

While the “island within an island” strategy has worked for WA up until now, we will need to relax restrictions at some point during 2021 to meet growth targets for WA’s economy, and to capitalise on domestic and global opportunities.