Investors are likely to sharpen their focus on Western Australian retail assets throughout the next 12 months, with retail turnover growing faster in WA than in any other state. 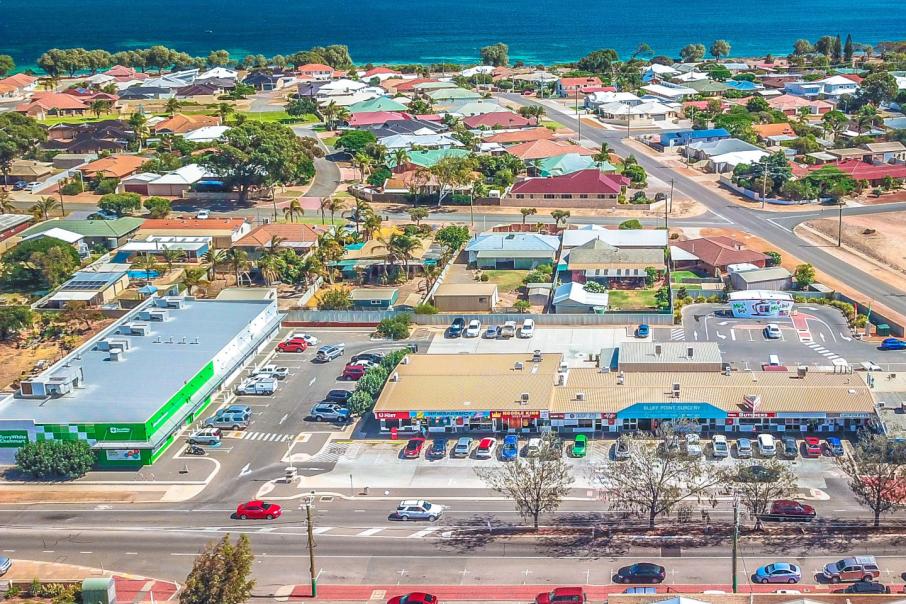 A sales campaign for the Bluff Point Shopping Centre in Geraldton will test investors' appetite for WA assets. Photo: CBRE

Investors are likely to sharpen their focus on Western Australian retail assets throughout the next 12 months, with retail turnover growing faster in WA than in any other state.

Research by CBRE showed retail turnover increased by 0.9 per cent in the first three months of 2019, outperforming the national increase of 0.7 per cent.

In other states, retail turnover rose by 0.8 per cent in Queensland and Victoria, while NSW retail sales grew by 0.5 per cent.

Investment activity in WA totalled $91.4 million in the quarter, an 8.1 per cent increase year-on-year, CBRE said.

CBRE director Richard Cash said investment activity nationally in the quarter totalled $623 million, down 50 per cent from the first quarter of 2018.

Mr Cash said he expected further interest in WA retail assets throughout the rest of the year.

“We expect to see yields for A-grade supermarkets and neighbourhood shopping centres strengthen throughout 2019, fuelled by an influx of new buyers entering the market locally, nationally and globally,” Mr Cash said.

"Demand for sub-regional centres is likely to stem from a couple of different sources - offshore groups interested in landbanking income-producing assets in gorwing locations and value-driven retail owners, who are looking to generate income growth through active and innovative asset management," Mr Del Borello said.

Meanwhile, a national survey of retail centre managers by JLL has unearthed positive sentiment beginning to emerge in the retail sector, with rebounds in wage growth and expected income tax cuts to drive improved performance in the second half of the year.

The survey found food and beverage retailers were the top performers in shopping centres across the country, with food spending up 4.1 per cent year on year, according to the Australian Bureau of Statistics.

“We found 54 per cent of centre managers said enquiries from food and beverage retailers - both takeaway and specialty - remained moderate or stronger than the previous survey.

“I think it is the general consumer trend towards dining out.

“We have looked at research on spending by generation, and younger generations are spending much more on dining out and a much lower proportion on groceries; it is quite dramatic.”

“Shopping centres will need to be cautious not to overload with too many food and beverage outlets as this will dilute the retail mix,” he said.