QUBE Holdings is confident of continued growth in revenue and profits, helped by the acquisition of Canning Vale-based IML Logistics and the increase in volumes under its port services contract with Chevron. 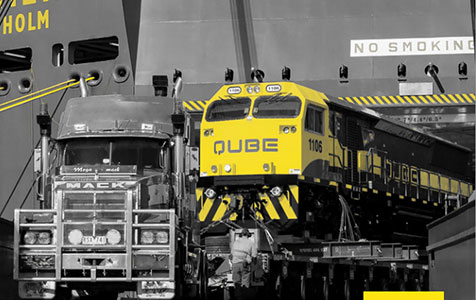 QUBE Holdings is confident of continued growth in revenue and profits, helped by the acquisition of Canning Vale-based IML Logistics and the increase in volumes under its port services contract with Chevron.

The Sydney-based company said that, in the current half year it expected “continued revenue growth as well as margin improvement” in both its logistics and ports and bulk divisions.

The company is yet to realise the financial benefits of its major investments in Western Australia, which also include the establishment of a new facility at Dampier.

Construction of the barge transfer facility, underpinned by a contract with Yara Pilbara Nitrates, started in August last year.

Another major initiative was signing a contract with Chevron in September to provide stevedoring services for barges between Fremantle and Barrow Island.

QUBE said the new service had delivered significant efficiencies for Chevron, which previously was reliant on a logistics base at the Australian Marine Complex at Henderson.

“QUBE has invested in equipment and facilities to support these contracts and expects to progressively increase its earnings from oil and gas related-logistics activities over the short to medium term,” the company said in a statement.

A third WA initiative was the acquisition in December of the Ridolfo family’s trucking business, IML Logistics, for $16.7 million.

It has a fleet of about 50 delivery vehicles, from one-tonne courier vehicles to 120-tonne triple roadtrains.

That will add to QUBE’s national fleet of more than 600 trucks.

The late Vince Ridolfo established IML more than 50 years ago, and the business expanded through the acquisition of Wesfarmers Transport in 2001 and M&J Millar Transport in 2008.

It traded as Intercon Millar Logistics up to June 2011.