WA Super has announced it will invest $20 million in the WA Impact Fund, as part of its membership of the newly founded Impact Investment Alliance of WA. 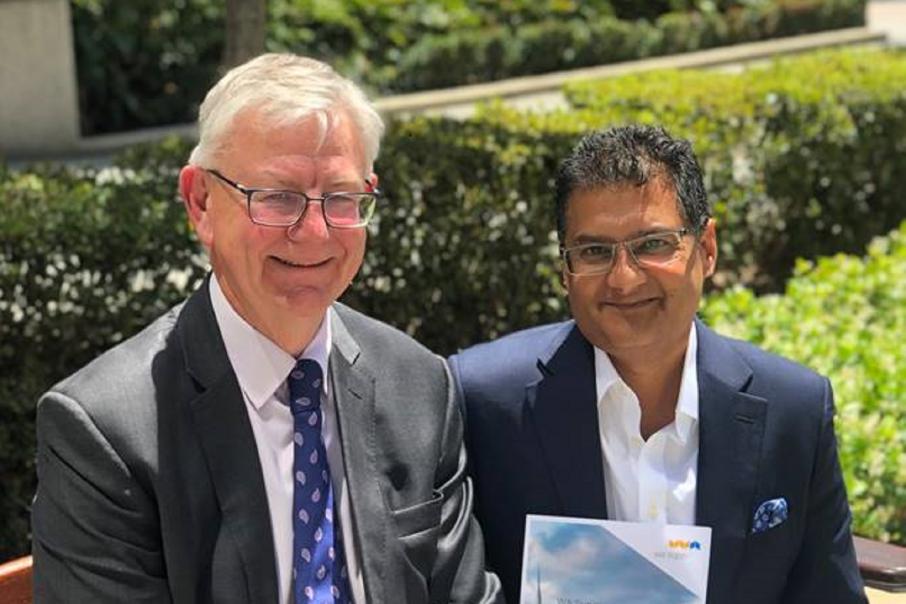 Fabian Ross (right), pictured alongside WA Super chair Tim Shanahan, said the locally focused impact investment fund was one of the first of its kind

WA Super has announced it will invest $20 million in the WA Impact Fund, as part of its membership of the newly founded Impact Investment Alliance of WA.

The superannuation fund manager, ranked third on the BNiQ list of WA fund managers, deals with approximately $3.8 billion in funds for more than 60,000 members and 4,000 employers across the state.

The alliance, which was launched in September, was founded to help drive investments in WA-based companies, projects and assets with socially and environmentally positive outcomes, with members of the alliance including the University of Western Australia, SEFA Partnerships and the WA Council of Social Service.

Business News had previously spoken to Impact Seed co-founder Sven Stenvers about how impact investment could tackles issues relating to the justice system, unemployment and agriculture.

The impact fund will be managed by IIG, who developed the fund alongside WA Super, and work with partners including Impact Seed and Giant Leap, as well as Victoria-based Tiverton Rothwell Agriculture and BoomPower.

WA Super chief executive Fabian Ross said the opportunity to engage in impact investment gave the business an opportunity to address WA’s social and environmental issues while continuing to receive positive returns on its investments.

“The locally focused impact investment fund is one of the first of its kind and we are honored [sic] to be pioneering this form of investing,” he said.

Organisations in the private and public sector have in the past indulged in impact investment to varying degrees of success.

In 2016, Social Ventures Australia provided equity to Marnin Studio, a not for profit that has in the past worked with foundations associated with Azure Capital, Australis Oil and Gas’ Jon Stewart and Resource Capital Funds’ James McClements.

The state government under Premier Colin Barnett similarly introduced a $10 million social enterprise fund in 2010 to support not for profit organisations, with the program having since ceased operations.

“When people realise that their superannuation can grow while also helping protect the environment and build an inclusive, vibrant community, they love it because it just makes sense,” he said.