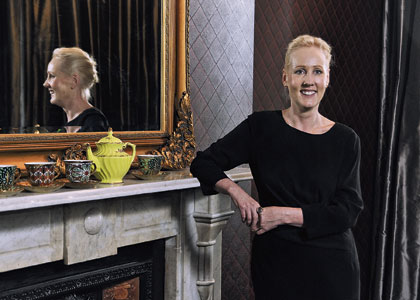 THE West Australian Opera is leading an innovative international co-production of Giuseppe Verdi’s Otello that will visit South Africa, Australia and New Zealand over three years.

Following discussions with Cape Town Opera, representatives were invited to Perth after the company showed an interest in how things are done in Australia.

A visit was scheduled to coincide with last year’s annual opera conference, at which the opera companies from Queensland, SA, WA, and the national opera company, Opera Australia, meet to collaborate on a new production for the year.

Ms Chard and Cape Town Opera managing director Michael Williams decided to take on the epic opera Otello, and when then WA Opera artistic director Richard Mills moved to Victorian Opera, he got that company on-board with the collaboration.

The sets are being built in South Africa, while a largely Australian creative team was formed with Simon Phillips leading as director, bringing his experience from producing musicals including Priscilla Queen of the Desert and several operas.

“The co-production gives you the same production – the set, the props and costumes. Then the director and lighting designer come in to put it into each theatre, then each company chooses its own conductor, puts in an orchestra, casts their own principal singers and puts their own chorus into it,” Ms Chard said.

Otello is a large-scale production and requires actors (or supers as they are known in opera) and children in the chorus.

One of the benefits of the co-production model is that a show of Otello’s size is made viable for all companies involved; operas traditionally cost upwards of $500,000 to produce.

“We all do between four and seven performances (each season). At His Majesty’s Theatre there are 1,200 seats. You are not going to spend that amount of money to produce a work that is not often produced,” Ms Chard said.

“Otello is very expensive to put on. Audiences will love it, but it would be quite an extravagance just to build it yourself and put it on just for one season.”

One of the biggest expenses is freighting the sets between countries and the co-producers are looking to attract an international sponsor to help fund this.

But the benefits outweigh the costs to some degree, according to Ms Chard.

“I think there is some cultural diplomacy, we think we should be working more in the Indian Ocean region and looking out that way rather than always looking to the eastern seaboard,” Ms Chard said.

“The challenge is getting everyone on the same page. That is why it has taken quite some time to negotiate.

“Now it is done I think it is a real coup, but all the way through it is really about just trying to get that many people to try to talk the same language.”

Otello will premiere in Cape Town in April next year, with performances to follow in Brisbane, Perth, then Adelaide and Melbourne, before it crosses the Tasman Sea for New Zealand audiences.