Western Australian gas producers shipped 2.2 million tonnes of LNG in September as quarterly exports were up 45 per cent nationally on last year, according to consultancy EnergyQuest. 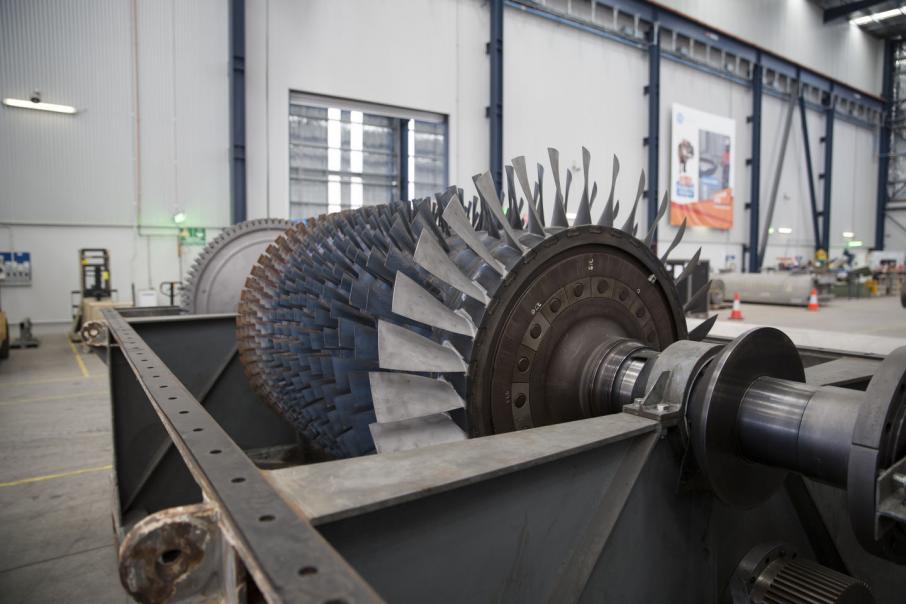 A turbine used to compress gas during the liquefaction process (Photo: Attila Csaszar)

Western Australian gas producers shipped 2.2 million tonnes of LNG in September as quarterly exports were up 45 per cent nationally on last year, according to consultancy EnergyQuest.

The North West Shelf Venture produced around 1.5mt in the month in 23 cargoes, bringing its total exports for the year to date to 12.1mt.

At that rate of production, EnergyQuest predicts the venture will produce 16mt for the year, 95 per cent of the 16.9mtpa nameplate capacity.

Neighbouring facility Pluto, which is also operated by Woodside Petroleum, shipped 3.8mt in the nine months to the end of September.

The Chevron-operated Gorgon facility is the most recent addition to the state’s production capacity, and shipped five cargoes in September, or about 0.33mt.

The facility’s first train had shut down for more than a month starting in April this year after problems with its refrigerant circuit.

But the second train is planned to go online during October.

Between the three facilities, five cargoes were shipped to India in September, a trend which has emerged in recent months, according to EnergyQuest

Japan was still the biggest user of WA gas, however, with more than 20 cargoes shipped to it.

Across Australia, September production was 4mt, down slightly from 4.2mt in August, a longer month.

Energy Quest anticipated national exports of 47mt in the 2017 financial year, with about 25mt supplied by WA.

Both numbers would be roughly 25 per cent higher than the year to 2016.

The North West Shelf Venture was again the state’s largest natural gas supplier into the domestic market, at a rate of 500 terajoules per day.

Gorgon’s domestic plant had no production in September, according to Energy Quest.

“According to the WA Gas Bulletin Board, the plant is undergoing maintenance and modification until 1 November,” EnergyQuest said.

“We understand that during the early trials in August the gas delivered to the Dampier Bunbury Pipeline had heavier fractions than is allowed by the pipeline gas specification.”