Two COVID-positive crew members from a ship docked at Fremantle have been transferred to hospital, as health authorities track down contacts of a diplomat and arrivals from Adelaide. 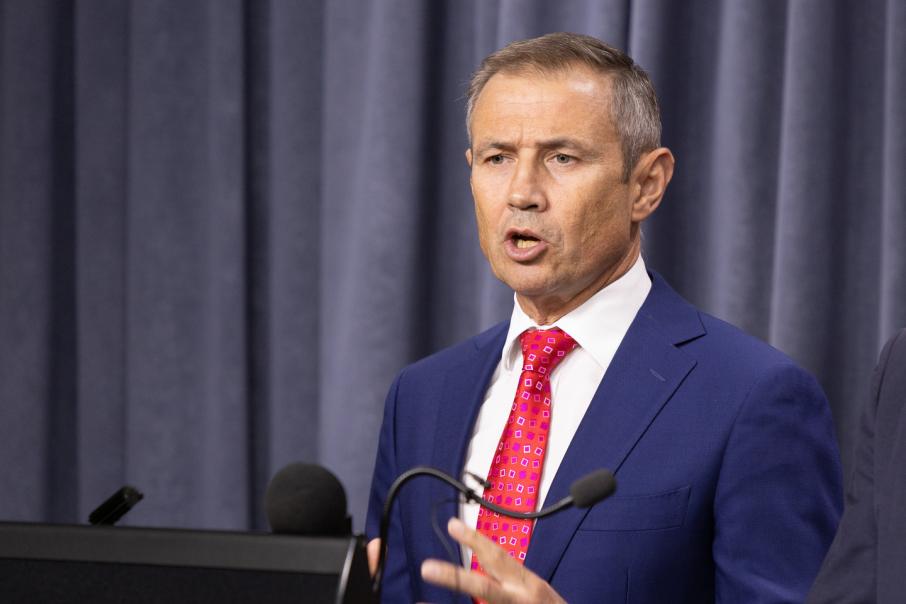 Mr Cook attributed the state's slow vaccination uptake to the lack of COVID-19 within the community.

A further two COVID-positive crew members from the Stolt Sakura oil tanker docked at Fremantle have been transferred to hospital, as health authorities continue to track down contacts of an Australian diplomat and those onboard a flight from Adelaide.

The two crew members were removed overnight with the assistance of police, and join four others from the vessel currently in Fiona Stanley Hospital.

During a press conference this morning, Health Minister Roger Cook confirmed two of the crew members were now in ICU in a serious but stable condition and four others were in the respiratory ward.

The remaining six COVID-positive crew members remain in isolation onboard the vessel, which travelled from Singapore and alerted WA Health to the evolving situation last Tuesday.

Meanwhile, the state encountered a second COVID-19 threat over the weekend, after an Australian diplomat who had travelled to Perth from Serbia via Dubai last week, his wife and child tested positive for the virus.

WA health authorities have now identified 10 close contacts of the trio, including others at the apartment complex, a driver who transported them from the airport, a passenger who sat in close proximity and a second family who entered the lift shortly after the diplomat.

Nine of the 10 have returned negative results, with one additional family member now COVID-positive.

All are now in hotel quarantine.

As a diplomat, the man and his family had been allowed to bypass 14 days of hotel quarantine to isolate themselves in a Northbridge apartment.

While the public health risk posed by the incident was considered to be extremely low, Mr Cook said the state was not taking any chances and was taking all precautions.

With Adelaide Airport listed as a potential exposure site, health authorities have tracked down 150 of the passengers on board flight VA722 which flew from Adelaide to Perth on Saturday.

All contacts have now been contacted and directed to isolate until negative, with 18 returning negative results so far.

Though the risk is considered low, Mr Cook said it was vital that those affected followed the Department of Health’s instructions.

A further 4,430 vaccines were administered at the state government’s COVID-19 vaccination pop-up at the Perth Royal Show over the past week.

But WA is still trailing behind the rest of the country in the national vaccination roll-out, with just 48 per cent fully vaccinated and 66 per cent having received their first dose.

Mr Cook acknowledged that the state was falling behind, but attributed that to the lack of COVID-19 within the community.

“Delta will come into our lives in WA, and it’ll be too late if you’re not vaccinated,” he said.

“Go and get yourself vaccinated.

“Push will come to shove in the future, and we just want people to do the right thing and get vaccinated.”