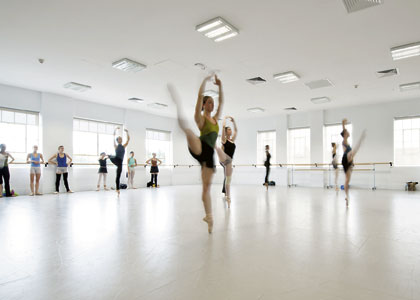 THE West Australian Ballet has settled into its new $13 million home in Maylands, the restored and refurbished former WA Royal Institute and Industrial School for the Blind building.

The West Australian Ballet Centre project received significant support from the City of Bayswater, Lotterywest, the state government, WA’s building industry and various corporate and private donors, including the late Michael Wright, after whom one of the new dance studios is named.

The new facility offers 2,000 square metres of space, compared to just 670sqm at His Majesty’s Theatre.

The centre has three dance studios, a large space dedicated to production and wardrobe, and a large administration area with increased storage space.

Dancers have access to training and practice studios, a fitness centre, expanded kitchen facilities, a greenroom, and expanded locker room space, not to mention the dedicated storage area for dancers’ shoes known as the ‘Imelda Marcos’ room.

At His Majesty’s, one dance studio in-house meant dancers had to commute between three studios in the city, frequently losing time to travel and waiting for studios to be available.

WA Ballet general manager Steven Roth (pictured) says the company’s culture has fundamentally changed since the move, with productivity up and high expectations for the quality of upcoming performances.

“This gives us a real identity. You feel now like it is a professional state company … the staff and dancers stand tall because of it,” he says.