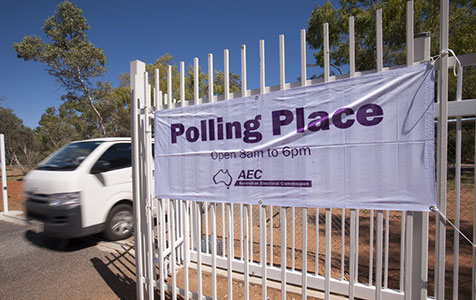 Australians have long been led to believe that we have one of the most efficient systems of compulsory voting in the world. Well, it’s time to think again, because the system is anything but efficient.

There is a high degree of disaffection with the political process, which has profound implications for the prospects of the major parties, if and when they decide to do something about it.

In the lead up to the 2013 federal election, the Australian Electoral Commission (AEC) estimated that about 1.5 million eligible Australians were not registered on the electoral roll. Combined with the registered voters who failed to turn up on polling day, it means more than 2 million people of voting age are opting out.

The introduction of direct or ‘automatic’ enrolment by the AEC has made inroads into this figure, but the problem persists in Western Australia; and it could get worse before it gets better.

WA has about 170,000 people who are eligible but not enrolled – that’s equivalent to the total enrolment of seven Legislative Assembly electorates.

But the state has declined to follow the automatic enrolment of the Commonwealth, insisting that potential voters still take the initiative and sign their own enrolment application forms.

According to the WA electoral commissioner, David Kerslake, the missing electors are mainly young people. For example, at the last federal election, 20 per cent of those in the 18 to 25 years age group failed to enrol.

Speaking at a recent meeting at Parliament House, Mr Kerslake said several recent studies suggested failure to enrol had more to do with a generational shift in attitudes, rather than any weakening of the democratic system.

“They still take an active interest in political issues and may still help to shape public opinion through participation in blogs and the like,” he said. “But they appear to become increasingly disillusioned with conventional party politics.

“This should sound a warning for politicians and political parties in terms of the relevance of their policies to younger people and the way they campaign and engage with younger constituents; for example greater exposure in the new media.”

Mr Kerslake said there was also a challenge to electoral administrators to modernise the look and feel of the election system. For young people, the introduction of secure computerised voting would have more appeal than marking ballot papers with lead pencils.

The enrolment requirements should also be simplified, and the engagement with younger voters improved to ensure increased enrolment is reflected in increased votes.

With younger people considered more amenable to change, it would be reasonable to assume Labor would be active in boosting enrolments. At the same time there is some support within Liberal ranks for voters to provide identification at the polling booth (rather than the present ‘honour’ system).

This has been introduced for Queensland elections. Critics say it would be impractical in WA. Many people without ready ID such as a driver’s licence – especially Aborigines and the elderly – would risk being disenfranchised.

The issue of people’s failure to enrol won’t go away. Inaction will only make a mockery of the claim to compulsory voting.

POLITICIANS rarely extend compliments to opponents in rival parties, and when they do it’s worth noting.

A recent example was at the annual Association of Mining and Exploration Companies convention, when federal Labor frontbencher Gary Gray had some words of praise not just for his federal counterparts, but also those at the state level.

First, Mr Gray expressed concern at what he described as the lack of competition in the east coast gas market, with few buyers and sellers, mostly operating on long-term contracts.

“I am pleased that the federal government and Ian Macfarlane (industry and science minister) have seen fit to have the ACCC review the competitiveness of the east coast wholesale market and that Santos has nominated Moomba as its new trading hub,” Mr Gray said. “There are good things happening in our markets.”

He also lauded two WA ministers for their approach to the challenges posed by gas produced from sophisticated technologies, such as fracking.

“I am on the public record supporting the work of Bill Marmion (mines and petroleum) and Alfred Jacob (environment) to properly regulate and manage fracking in Western Australia,” Mr Gray said. “I think they have done a great job.”

A former Woodside executive, he even congratulated the state government on achieving the commitment from his old company to supply domestic gas from the Browse Basin development. But he added: “Dithering by corporations and government has cost us two years on this project – and that is the very opposite of productivity.”

Mr Gray then sounded a warning, noting that Australia’s productivity in the resources sector was falling behind international rivals.

“We are not making the best use of our abundant natural resources, which means we are letting ourselves down,” he said. 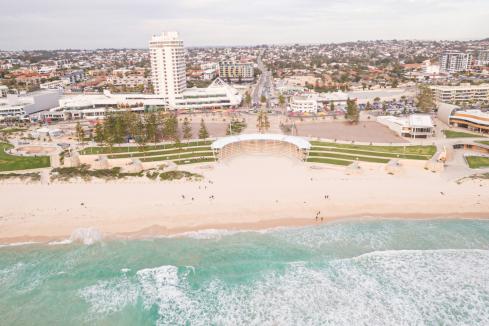 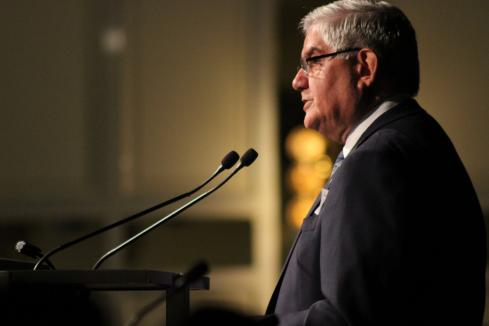