The state government has awarded a $549 million contract to Volvo to continue supplying Transperth buses with local manufacturer Volgren to fit-out the vehicles. 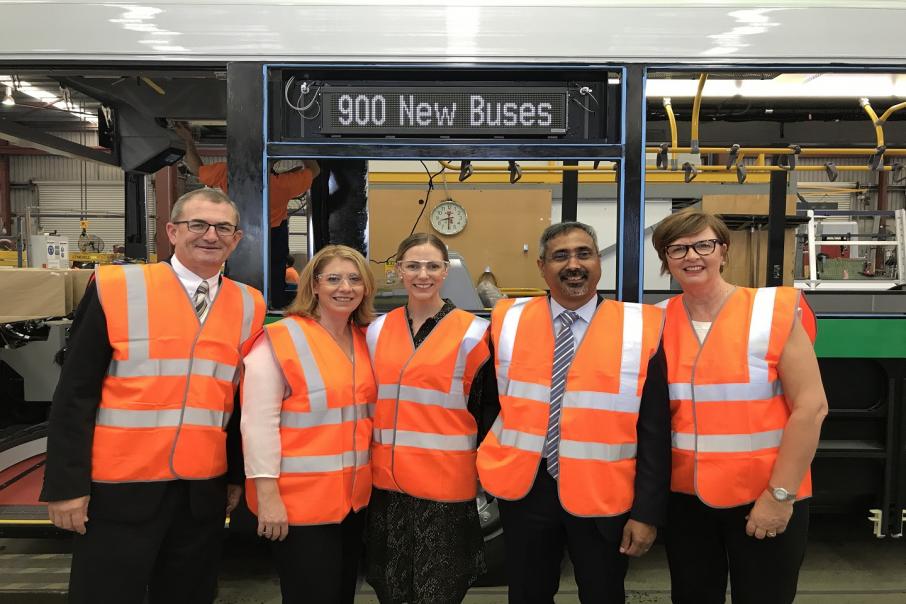 The state government has awarded a $549 million contract to Volvo to continue supplying Transperth buses, with local manufacturer Volgren to fit-out the vehicles.

Volgren, owned by Brazil-based company Marcopolo, has been manufacturing buses for the Public Transport Authority since 1999 when the company expanded from Melbourne to establish its first Perth factory.

The new buses, which will be aluminium, low-floor diesel buses with USB charging points, meet Euro6 emissions standards and will be fully accessible, will replace older buses and expand the fleet for the Metronet project.

The state government said the contract would secure jobs for 81 local employees and 80 jobs throughout the supply chain.

Volgren chief executive Peter Dale said the new contract provided job security and continuity to about 140 local businesses that relied on the collaboration to employ significant numbers of people and, in some cases, remain feasible.

“We’re committed to investing in the state’s skilled workforce and, under the new contract, we plan on increasing local fabrications and securing a local sub component manufacturer,” he said.

The state government said Volvo could potentially supply alternative technologies, including hybrid and full electric buses, which the PTA said it might consider in the future if the technologies would be viable in Perth.

Transport Minister Rita Saffioti said the 900 buses would be in Perth’s bus network for decades, which was why a trusted supplier was vital to the success of the fleet.

“The capacity to upgrade to new, greener technologies in the future, if such tech becomes competitive, is yet another way we’re futureproofing our transport network in WA,” she said.

“I hope to return to Volgren’s facility in Malaga to see the first locally manufactured bus roll off the assembly line later this year.”

Premier Mark McGowan said by delivering a modern, accessible fleet of buses, the government was ensuring the network will be available as the city grew.

“This contract is an excellent example of local business working together with big players, combining WA suppliers and international expertise to create the best possible product for our local bus market, securing local jobs and opportunities,” he said.

Volgren and Volvo will deliver eight new buses a month for the next 10 years and the first 66 buses will be delivered in the first 12 months.