Residential sales in the north-west took a major hit for the year to June 30, as regional markets across the state delivered mixed results. 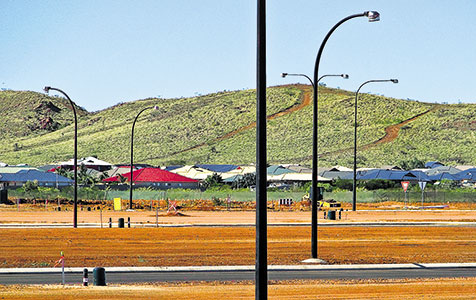 SOLID: Geraldton median home prices have been largely steady over the past 12 months, around $380,000. Photo: Tourism Western Australia

Residential sales in the north-west took a major hit for the year to June 30, as regional markets across the state delivered mixed results.

Overall regional median prices were $380,000 in the year to June 30, but turnover was down 2 per cent over the same period, with annual sales around 16 per cent below the 15-year average.

Only Mandurah-Murray and the South West experienced turnover at or above long-term levels, REIWA said.

In the north of the state, REIWA said conditions were so weak in Karratha in the three months to the end of June that the town logged its lowest quarterly turnover on record.

Part of the issue in Karratha is the persistently high median house price, which at the end of June was $682,500.

Karratha's five-year capital growth rate has sunk to -0.5 per cent.

Elsewhere in the Pilbara, Port and South Hedland also recorded low turnover, resulting in a volatile median price due to a mix of sales in each town.

Port Hedland’s median home price was also unnaturally high at the end of June, at $803,500.

Activity has rebounded from all-time lows further north in Broome, however, with the median house price hovering around $615,000; but capital growth has been in the negative over the past five years, slipping 1 per cent.

In Kalgoorlie-Boulder and Geraldton, REIWA is tipping an increase of activity, following two years of reduced activity in the Goldfields.

The median house price in Kalgoorlie was $340,000 for the year to the end of June, with average annual capital growth of 0.9 per cent.

In Geraldton, the median price for the same period was $380,000, with five-year growth of 2 per cent.

“Both have reasonably stable annual medians returning small five-year growth figures and have not experienced the negative trends that gripped the Peel and South West in recent years, which are also now creeping into Pilbara markets as prices and demand adjust,” REIWA said.