Perth-based scooter company, Vmoto Limited, has announced that production and development of its Nanjing manufacturing plant in China is on schedule and within budget.

Perth-based scooter company, Vmoto Limited, has announced that production and development of its Nanjing manufacturing plant in China is on schedule and within budget.

Executives from the company visited the site in late March and despite heavy winter storms and disruptions from Chinese new year celebrations, stage one of the project is expected to be complete in August.

“Land and labour is relatively cheap compared to Western countries, so building a factory is more economic. Most importantly, China has an industrial base that can support a large factory,” he said.

Stage one, which has an estimated cost of $US1.2 million, will have a production capacity of 300,000 units, with all three stages of the project combining to have an estimated output of one million units.

“Output will vary dependent on the products we make. We will make engines, complete scooters, motorbikes and ATVs (All Terrain Vehicles). In a nutshell it will allow us to become very big, very quickly,” Mr Davin said.

Aiming to expand and grow the company, Vmoto worked hand in hand with companies throughout the region, researching specifics of operation in China.

“We examined every aspect of our business and even rented factories prior to building to make sure we were doing the right thing. We used specialist surveys and building inspectors all the way through, and catering and housing contractors are also doing work for us,” Mr Davin said.

Some other Western Australian companies, such as bamboo flooring manufacturer Style Ltd, have experienced problems with their manufacturing facilities in China.

Style’s facility was originally established as a joint venture but it moved to full ownership last year.

Since then it has been working to increase production capacity but was adversely affected by a five-month delay in the supply of equipment.

It reported early this month that the new machinery had been installed and was operational.

Style said the commissioning of the equipment would mitigate business risks arising from line maintenance and outage issues.

In contast, Vmoto is yet to encounter any major setbacks in the region.

“Nothing other than the usual problems you have in any other part of the world,” Mr Davin said.

“Workers’ groups, government bodies and local authorities are much the same as in Australia.

“The Chinese are much more pro business and better at meeting deadlines, so it has been a good experience for us so far.”

With Vmoto acquiring land for the project in October 2007, the timing of the Nanjing project has come as good news for the company, with current operations of assembly and engine manufacture reaching maximum capacity at their two rental factories.

The progress of stage one, which covers 10,200 square metres, will be updated in late April. 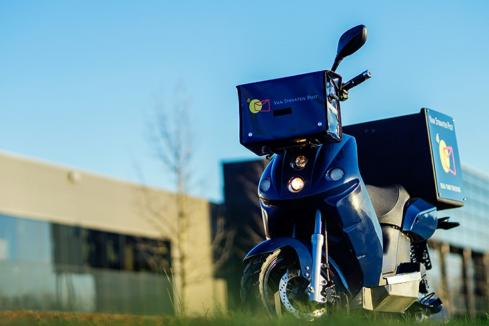