Smart-ticketing company Vix Technology has strengthened its push into the resources sector by acquiring specialist Australian software company Osmotion for an undisclosed sum. 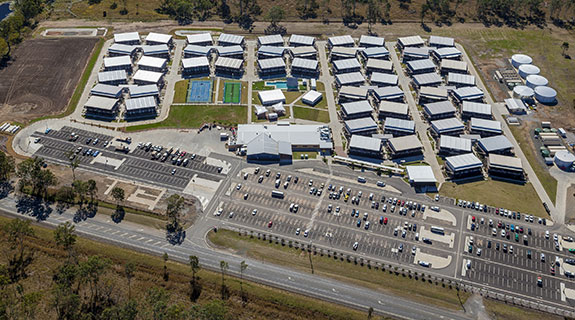 Smart-ticketing company Vix Technology has strengthened its push into the resources sector by acquiring specialist Australian software company Osmotion for an undisclosed sum.

Vix, formerly Vix ERG, is best known for its smart ticketing and payment applications in the public transport sector. In recent years, however, it has been applying the technology to remote workforce management and mine camps.

It has been working with Osmotion for the past 12 months on the deployment of its Vix SmartSite solution at Decmil Group’s Homeground accommodation village in Gladstone, which has nearly 1,400 rooms.

The company was established in Townsville in 2000 and has 22 employees and contractors.

“Osmotion has delivered value to its customers for 15 years and has a team with excellent specialist knowledge and capability,” Mr Bouhlas said.

Osmotion managing director Andrew Barr said it had been a remarkable achievement for a small business to deliver a niche product to some of the biggest operations in the world.

“The acquisition by Vix will provide the scale and global presence to commercialise a new era of products and services,” he said.

The Osmotion acquisition is one of several growth initiatives by Vix, which employs about 130 staff in Perth and 650 globally.

It has recently won transit contracts in the US, Malaysia and Thailand.

Vix has also expanded into the major events and sports market with a SmartSite® stadium solution, which is being applied at AAMI Park in Melbourne and by sporting clubs Melbourne Storm, Melbourne Rebels and Collingwood FC.

It helps companies deal with the logistical challenges of managing a remote workforce, including, travel, access, payments, lifestyle and welfare monitoring.