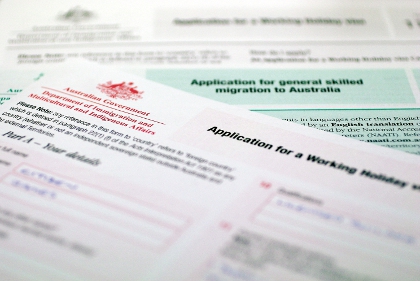 The federal government has created a fast-track pathway to make it simpler for employer-sponsored workers to gain permanent visas.

Other changes include a streamlined pathway to permanent residency for 457 visa holders, raising the upper age limit to less than 50 years, and dropping key visa criteria, including English language and skill requirements.

“These reforms will make it easier for business and potential migrants to navigate the permanent employer-sponsored visa program, while ensuring the integrity of our visa system,” Mr Bowen said.

“Notwithstanding the slow growth seen in employment over the past year, businesses across the economy are still experiencing skill shortages in key occupations, especially those in demand by the resources sector such as in engineering and the skilled trades,” Mr Willox said.

“The changes making it easier for existing 457 visa holders to transition to permanent residency are particularly welcome. “

Today's announcement follows several reforms to liberalise skilled migration, including a system that allows recruitment agencies to act as sponsors.

Recruiters that have secured this type of licence include Choice One, Workforce Solutions, Tescide Personnel, Crest Personnel and Adecco Group.

Debt-laden Europe represented a keen pool of labour across all age groups that was waiting to be tapped, particularly in utilities, mining and information technology.

"There are some great, talented people across South East Asia, across Europe now with its high unemployment," Adecco marketing director Rick Khinda said.

"We're the sponsor, we payroll them and then we on-hire them to our customers."

Many clients wanted to use foreign workers but didn't want the burden of engaging with the 457 process, so would welcome a recruitment firm playing an intermediary role, he said.

"I think there will be a slow increase in the 457 visas, but I don't think there is going to be a big rush because you do have to position yourselves appropriately to obtain the licence," Mr Khinda said.

"It will take some time before it happens.

"It can only be of value to the GDP (gross domestic product) growth of our country."

BT Financial Group economist Chris Caton told the briefing that Australia's shortage of skilled labour was going to last a long time, given the number of people in the prime working age group of 15 to 64 was expected to fall in coming years.

"We used to have labour force growth of 1.5 to two per cent a year and we're going to get used to one per cent or less, and that's even with a continued active migration program," Dr Caton said.

The expansion of the mining sector would continue to put pressure on other sectors, he said.

That need could not be met from population increases or by using the unemployed, so more temporary workers would be needed, Dr Caton said.

Temporary labour numbers in Australia have been growing over the past 20 years, notwithstanding a plunge during the global financial crisis, rising four per cent in 2010/11 compared to the previous year, Adecco research shows.