The worldwide economic fallout from COVID-19 is playing out across the agriculture sector in many ways. 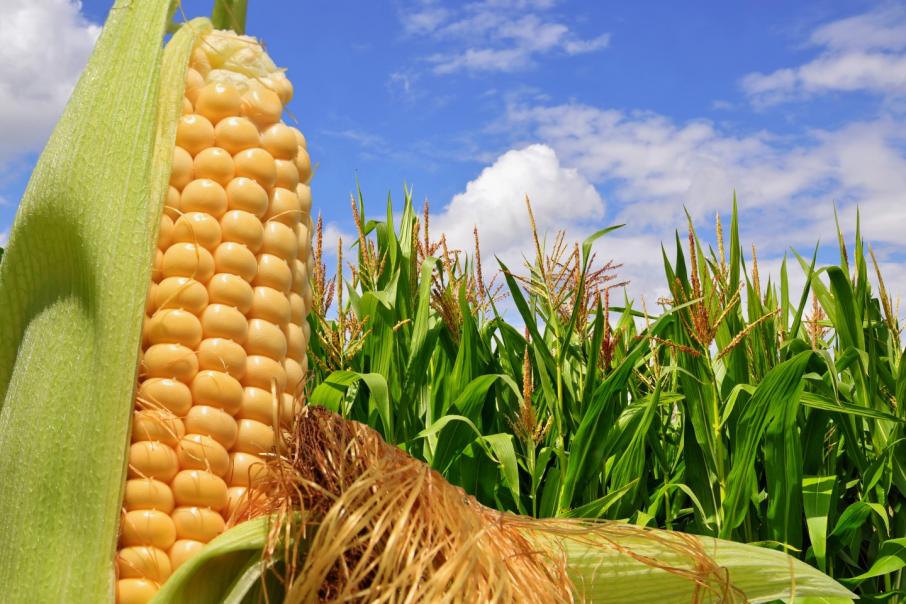 If the wheels don’t turn in the US, does it affect our wheat price?

There is an old cliché that, if a butterfly flaps its wings in Brazil, it starts a tornado in Texas. Although a component of the complicated chaos theory, it basically means that small events can have unintended flow-on effects.

So again the question is, does Americans not driving have an influence on our local wheat price?

The global economy came to a standstill during the initial stages of the COVID-19 pandemic. The shutdown of many economic engines led to a drastic drop in demand for energy, including fuel to run vehicles. How does this affect the grain industry?

The story all starts with corn in the US. During the start of the century, there was a monumental change to the demand for corn. Previously, most corn was consumed by animals. However, there was a switch to increased ethanol production about two decades ago.

This was to achieve mandates that defined the minimal levels of fuel required to originate from renewable sources.

During the first five years of the 2000s, an average 10 per cent of corn was converted to ethanol; during the past five years, this had increased to 38 per cent.

The demand for fuel in the past six months has dropped dramatically as cars are parked and planes are grounded. The result is that crude oil prices have fallen to decade lows, and May oil futures have expired at negative levels.

This has led to a corresponding drop in ethanol requirements, as a reduction in demand (or increase in supply) tends to equate to a decline in pricing. Not surprisingly, ethanol futures fell to their lowest level since trading began.

This has meant ethanol plants throughout the US have curtailed their production, with a 56 per cent decline in output since the start of the year. Plants have cancelled contracts, as production margins dropped to unprofitable levels.

As a large proportion of corn is used for the manufacture of ethanol, it comes as no surprise that corn pricing has followed ethanol downwards. If you remove one of the largest ‘customers’ of a commodity, then the market will have additional supply and a price drop.

The correlation between the two futures contracts has been 0.88 since 2010. A value of 1 is a perfect correlation, and 0 signifies no correlation. 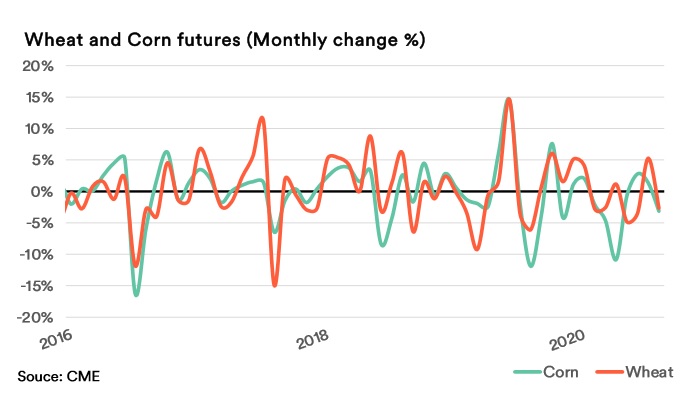 So 0.88 would be considered very strong; therefore, in theory, they follow one another, both up and down.

We may not grow much corn in Australia, but that does not mean price movements in corn will not affect the commodities we produce. There is a degree of interchangeability between corn and wheat, as they can be used for similar applications.

The monthly change in the price of wheat and corn futures is displayed above. The monthly movement in prices tends to track one another over time, with a correlation of 0.81.

In recent years, Australian grain pricing has been focused on domestic factors (especially on the east coast). However, the majority of pricing in Australia can be explained by the movement in overseas futures.

If we see a continued lack of demand for corn for ethanol production, this corn will find alternative markets. This has led to Europe reintroducing tariffs on US corn, as fears of large volumes hitting the global market emerge.

If corn futures remain depressed, this would likely pressure wheat futures. This, in turn, would flow through to prices received within Australia.

To conclude, oil influences ethanol, which flows to corn and then through to wheat. An enduring period of low growth and demand for oil could impact upon the pricing levels for the whole grain complex.

We live in unprecedented times, and the market has never seen such dramatic destruction of demand in such a short period of time. We are likely to see a very uncertain market over the coming years as the impact of COVID-19 continues to play out.