BC Iron has moved forward with its cost-cutting initiatives by awarding a $40 million contract to Viento Group to provide crushing and screening at its Warrigal hub, which forms part of the Nullagine joint venture. 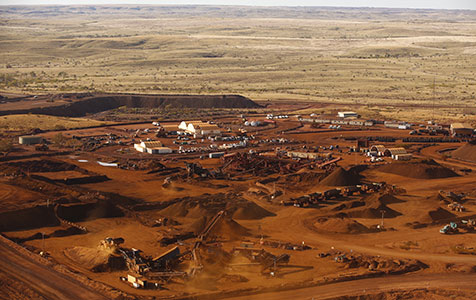 The Nullagine joint venture is 75 per cent owned by BC Iron and 25 per cent by Fortescue Metals Group.

BC Iron has moved forward with its cost-cutting initiatives by awarding a $40 million contract to Viento Group to provide crushing and screening at its Warrigal hub, which forms part of the Nullagine joint venture.

Viento has been hired to provide and operate load, haul, crushing and screening equipment, and will operate a second-hand Vermeer 1655 surface miner the joint venture has agreed to buy from Fortescue Metals Group for $1.8 million, with BC Iron to cover the majority of the purchase price.

Under the terms of Viento’s initial two-year contract it will crush and screen about 2 million tonnes per annum of iron ore at the Warrigal hub.

Viento executive director John Silverthorne said the contract was an opportunity for the company to extend its capabilities beyond contracting and into contract mining and processing.

“This project will enable Viento to use its capabilities in materials processing, providing the complete service including running the continuous miners, loading, hauling, crushing and screening of the ore,” he said.

In a statement, BC Iron said should ongoing exploration be successful at other Warrigal areas, the contract with Viento would be open for extension.

The contract forms part of BC Iron’s cost-cutting initiatives and is expected to result in a cash cost reduction of $2-$3 per wet metric tonne.

“If these savings are translated to other mining areas in the second half of 2015, this would equate to overall savings achieved to date of $4-$6 per wet metric tonne, or 15-25 per cent of the Nullagine mine site costs,” BC Iron said.

The company said it expected its share of capital expenditure for Nullagine to remain in the previously announced guidance range of $13 million to $16 million.

BC Iron director Morgan Ball said it was pleasing to achieve meaningful savings for the Warrigal hub.

“The pricing and competitiveness seen in the tender process provides comfort that further cost savings can be achieved through the reassessment of the main mining, crushing and screening contract and the road haulage contract in the second half of 2015,” he said.

Viento will begin work under the contract in April.