Victims of their own success

For evidence that success can sometimes damage a business we need look no further than the political games playing out ahead of next year’s state election, with the very real chance Western Australia’s biggest iron ore miners will be hit by a $5 per tonne penalty tax because they’re too successful. 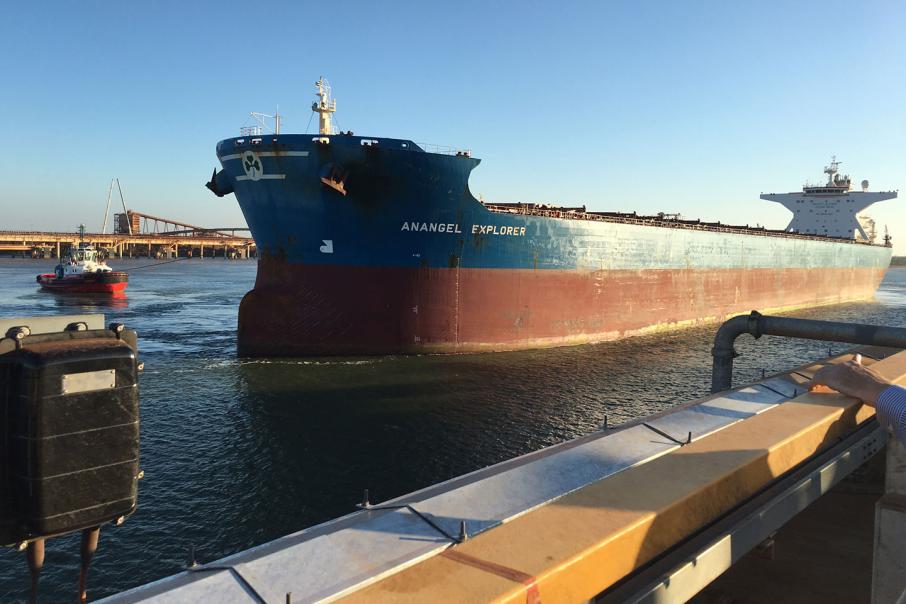 Rio Tinto is enjoying strong gross margins, presenting it with a PR challenge in its campaign against the Nationals’ tax plan.

For evidence that success can sometimes damage a business we need look no further than the political games playing out ahead of next year’s state election, with the very real chance Western Australia’s biggest iron ore miners will be hit by a $5 per tonne penalty tax because they’re too successful.

Timing first, because it is important. The election will be held on March 11, but roughly a month before the poll, on February 8, Rio Tinto is scheduled to release its 2016 financial result; and it should be quite good.

How good remains to be seen, but with the price of iron ore having recently risen to almost $US80 a tonne the profit margin being enjoyed by Rio Tinto, and other iron ore miners, has returned to near boom-time conditions thanks to sharply lower costs.

If the profits of the iron ore divisions of Rio Tinto and BHP Billiton are as good as they currently appear, then both will be easy meat for the man proposing the penalty tax, Nationals WA leader Brendon Grylls.

There has been strong opposition to the Grylls tax, which is actually a 900 per cent increase on an obscure rent set 40 years ago at 50 cents a tonne, with the big miners already running advertising campaigns against the added cost.

Rio Tinto’s problem in fighting the proposed tax proposal is that its WA iron ore operations have largely shaken off the effects of a big fall in the iron ore price through a combination of severe cost cutting and the recent rise in the price of iron ore.

There is no guarantee that the high price will continue into 2017, but with China returning to its targeted economic growth rate of around 7 per cent a year, and the US planning a Chinese-style infrastructure building surge, demand for all minerals and metals seems likely to remain strong for some time.

A few numbers tell the story of success, and next year’s challenge in beating off the Grylls tax.

Three years ago, when the iron ore price was around $US120/t Rio Tinto was enjoying a gross margin of around $US80/t with costs per tonne in its WA operations running at between $US35/t and $US40/t.

As the price of iron ore collapsed to $US40/t (and less) Rio Tinto and other WA iron ore miners took a scalpel to their costs, with Rio reducing its costs in the latest quarter (to September 30) to $US14.30/t.

At that latest cost level, and assuming Rio is selling its high-grade iron ore for close to $US80/t, the gross margin is $US65.70/t, which would be one of the highest in the 50-year history of Rio Tinto in the Pilbara.

Some investors are starting to notice the widening profit margin being enjoyed by the Pilbara miners. Rio Tinto, BHP Billiton and Fortescue Metals Group have all recently hit 12-month share prices highs. In Fortescue’s case, it is trading at a six year high.

One observer at a presentation given by Rio Tinto chief executive Jean-Sebastien Jacques in Melbourne last week came away convinced that Australian mining companies are on the brink of a profits boom.

It is into this rapidly changing picture of strong and rising prices, combined with sharply lower costs, that Rio Tinto is trying to run conflicting arguments.

Costs need to be cut further, the company says, which is why another 500 jobs are going in its Pilbara operations, while profit margins are rising, and dividends to shareholders are forecast to resume a rising trend from next year.

Investment bank UBS told clients last week that Rio Tinto’s annual dividend would drop to $US1.10 this year, before rising to $US1.52 next year and then progressively higher.

The bulk of the company’s dividend payments flow to international investors, which means Mr Grylls will be able to argue that Rio Tinto is rewarding overseas investors while continuing to punish its employees and the wider WA community.

The extent of the improvement in Rio Tinto’s iron ore business will be revealed in the February 8 profit report, while BHP Billiton will deliver its report for the half year to the end of December on February 21.

It’s those profit statements that will contain the detail of exactly how much profit is being generated in their Pilbara iron ore business units from a combination of higher prices and lower costs.

And it’s that profit margin, when combined with ongoing and quite ruthless cost cutting (such as extending the time in paying local suppliers), which will be seized on by Mr Grylls in the hothouse atmosphere of a state election campaign.

Sometimes, unless you manage public perceptions with great care, being too successful really can damage a business.