Venturex Resources has signed a conditional term sheet to sell its Pilbara copper-zinc project to a mining-focused investment group for $14 million in cash. 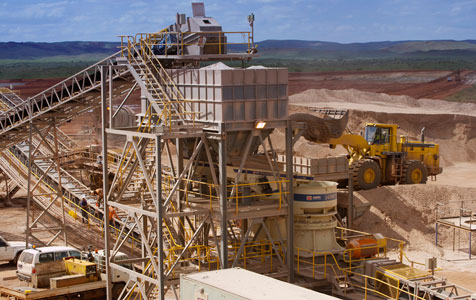 Venturex Resources has signed a conditional term sheet to sell its Pilbara copper-zinc project to a mining-focused investment group for $14 million in cash.

The Anthony Kiernan-chaired Venturex is selling its three wholly-owned subsidiaries that together hold the project and infrastructure to Orion Mine Finance, and has received support for the deal from its two largest shareholders, Regent Pacific Group and Northern Star Resources.

Under the terms of the deal, Venturex will receive a cash equivalent to 0.9 cents a share, against the 30-day volume weighted average price of 0.47 cents a share.

“The board of Venturex intends to recommend the transaction to its shareholders in the absence of a superior proposal,” the company said in a statement.

“In the board’s opinion, this transaction represents the best option for unlocking shareholder value, following an extensive review of the finance options and search for strategic partners or investors to participate in the commercialisation of the project.”

Venturex said if the deal is successful, it would return a significant portion of the sale proceeds to its shareholders.

“The quantum of the capital return has not yet been determined, however... the board anticipates it will be in the order of $12 million to $13 million,” it said.

In 2013, the company entered into a sale agreement with a private investment company for the sale of its Whim Creek Hotel and adjacant accommodation village complex in the Pilbara region for $1.7 million.

In November, it resolved to withdraw all gold exploration activities in Brazil and proceeded with the closure of its wholly owned subsidiary CMC Mineraco.

Michael Mulroney announced in February that he would step down from his position as managing director to pursue other opportunities.

Venturex shares were 40 per cent higher to 0.7 cents each at 1pm.