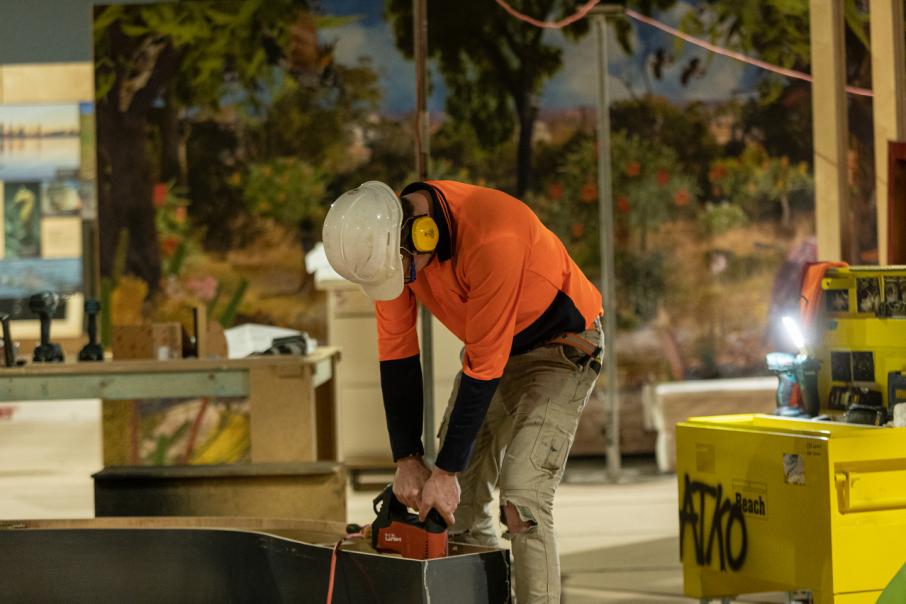 A construction worker at a project in Perth. Photo: Gabriel Oliveria

Ventia has won a 10-year maintenance contract at Chevron’s Gorgon LNG facility worth about $1 billion.

The contracting business, partly owned by CIMIC, said it would be the primary maintenance contractor for the gas plant, delivering turnarounds, campaign maintenance and brownfield execution work.

It will be a 10-year contract, with Ventia predicting annual revenue of $100 million a year subject to work orders and volumes.

Work will begin in the September quarter of 2021.

The maintenance deal will provide for about 700 jobs at its peak, Ventia said.

A spokesperson for Chevron said the Gorgon facility on Barrow Island, and the company’s Wheatstone LNG operation near Onslow, would deliver enduring benefits for the state.

There had been more than $60 billion in local content and 1,000 contracts to local businesses.

The domestic gas obligations for the project will supply more than 40 per cent of the state’s domestic gas needs at full capacity.

“This significant contract award is a considerable achievement for Ventia and is testament to our dedication to the health and safety of our people, our team’s proven capability, and an enterprise-wide focus on delivering innovation and best practice for our clients,” Ventia chief executive Dean Banks said.

“We anticipate the roles required to service orders under this contract will peak at more than 700 jobs; and it is Ventia’s intention to fill as many of these roles as possible from local, regional, and Western Australian candidates.

“In addition, Ventia is committed to sourcing approximately 50 per cent of its subcontracted services from regional businesses in north-west Western Australia.”

“Ventia has also committed to sourcing approximately 50 per cent of its subcontracted services from regional businesses in north-west Western Australia and tailored career pathways including traineeships and apprenticeships and working with indigenous suppliers,” she said.

“WA’s gas industry is powering our homes, hospitals, mines and manufacturers by continuing to deliver reliable energy to the domestic market.

“Our LNG exports, over half of which come from WA, are also helping lower the world’s emissions.

“The Australian government estimates Australia’s LNG has the potential to lower emissions in LNG importing countries by around 170 million tonnes (carbon dioxide equivalent) each year by providing an alternative to higher emissions fuels, the equivalent of almost one-third of Australia’s total annual emissions.”