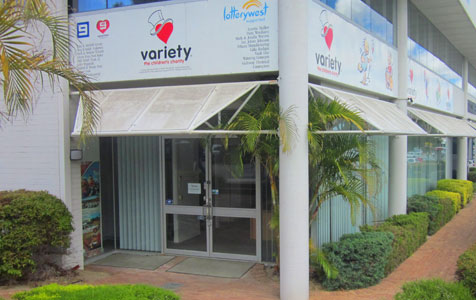 Variety has sold its property at 63 Shepparton Road to a private investor.

Children’s charity Variety WA has sold a Victoria Park office property leased to Optus for $950,000, in a deal brokered by CBRE.

The building was sold to a private investor whose identity was not disclosed.

“The property was initially listed with vacant possession, however, after securing Optus as a long-term tenant, we were able to achieve a stronger sale reflecting a yield of circa 7.3 per cent, or $5,163 per square metre,” CBRE’s Michael Milne said.

“This was also an ideal outcome for the investor, who has secured a premium investment property in one of Perth’s most sought-after business locations.”

The three-level building has been leased to technology accelerator Atomic Sky, as well as digital agencies Clever Starfish, Tinder Box and Fast Hit.

Leasing agent Daniel Johnston said the 452sqm of space on offer had generated strong interest from design and technology companies.

"The owner developed the property with the intention of creating an inner city tech hub where separate companies could work in the same space and collaborate," Mr Johnston said.

"The majority of the building is a co-working environment, with smaller private tenancies available.

"There are also a number of common areas available to all tenants."

Atomic Sky is taking up the middle and top floors, offering co-working space for collaborating clients.

Rents in the building average $385/sqm.

WorleyParsons takes up 95 per cent of the building at 600 Murray Street, with the lease set to expire in 2020.

“The building has recently been refurbished and the air conditioning system upgraded so it should be an investment free of any significant capital expenditure for some time,” Mr Corbett said.

“Its strong rental income is in excess of $3.2 million and with fixed increases will be highly attractive in the current low interest environment.”

An expressions of interest campaign for the property closes October 1.