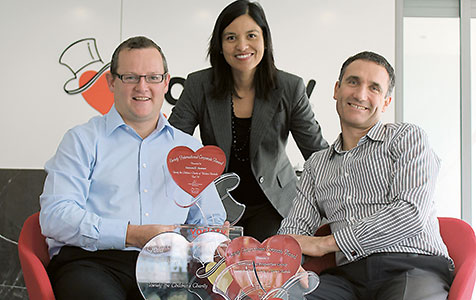 The William R Forman Heart Awards are presented at the annual convention to the Variety office, or 'tent', that displays the greatest consistency, performance, governance and growth over a three-year period.

This year marks the 30th anniversary of the awards and the sixth consecutive time the Western Australian tent has made the top 10.

The Variety Children's Charity began in October 1928 in Pennsylvania and since then has expanded throughout the US, Australia, Canada, Britain, Hong Kong, Ireland, Japan, New Zealand and the Caribbean.

St Louis tent will receive $15,000 for winning the gold heart award, while Variety WA will be allocated $10,000 for second place.

Australian offices have dominated the awards in recent years.

• Variety WA was the joint winner of the Gold Heart in 2012 with Southern California.

• Victoria, New South Wales and Queensland offices have also received silver and bronze awards in the past.

Last year, Variety WA boosted its reach to 48,000 children, an increase of 26 per cent, and also approved 432 grants to families and organisations, collectively worth $3.2 million, which was up 31 per cent on 2011.