The Variety Bash has defied the odds and reached a major milestone, and its organisers say there’s plenty of road yet to travel. 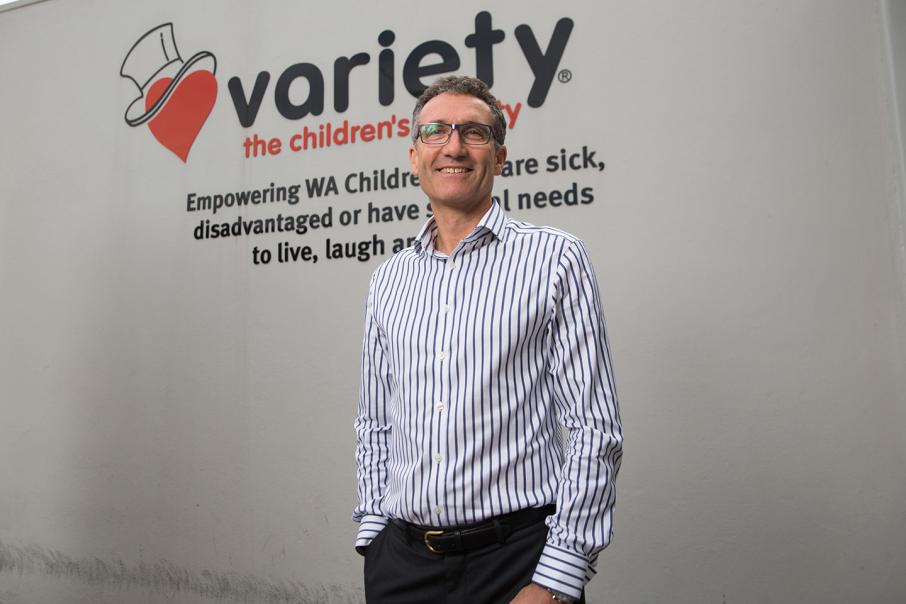 The Variety Bash has been the lifeblood of Variety WA for 30 years, and the major source of funds for the Western Australian children charity’s for more than a decade.

Its longevity puts it among a small cohort of fundraising events to have survived the economic ups and downs over the years, with Telethon another long-time WA feature event.

“That is quite unique in our culture, where events need to be refreshed probably every four to five years in a lot of other spaces,” Variety WA general manager Phil Croot told Business News.

The Variety Bash concept is a distinct one. It involves a group of pre-1994 cars, (often) thematically decorated, with a driver and up to three passengers travelling together through WA’s rural towns for about a week.

After raising a minimum of $8,000 per car throughout the year, and paying a participation fee to cover the costs of the event, the Variety Bash is the celebration period for participants, the final hurrah after a year of fundraising, Mr Croot said.

“I think one of the enduring things about the bash event is it is this community event where there’s a lot of pride in getting your five-year award, your 10-year award, 15 or 20; so some of these people have been returning across decades,” he said.

With trailblazers like Paul Hogan and Dick Smith promoting the bash in its early days in the eastern states, and personalities like Jeff Newman in Perth, Mr Croot said the bash had enough credibility as a brand to sustain itself without major alterations.

“It’s more than just a group of cars going through the bush and seeing some towns; it has an entertainment perspective, it’s larger than life,” he said.

Mr Croot said participants almost always raised well above the minimum, with about $580,000 raised by the participants in about 30 cars in 2017.

The top fundraising car last year reached a total of $70,000.

Mr Croot said the most successful year for the WA bash was 2013 when it raised more than $1 million, while results from the past couple of years had mirrored the state of the economy.

To incentivise participants in tougher years, Mr Croot said, the minimum requirement per car had been dropped to about $4,000.

“We’re really encouraged to see the numbers come up again,” he said, adding that 30 cars were already locked in for the 2018 bash in August.

Mr Croot said while the number of cars participating was crucial to the overall funds raised for the year, the event’s ongoing success was driven by the average amount raised per car, and the number of returnees.

The charity has moved in recent years to diversify its revenue stream in order to remain sustainable and provide funding security.

“We’ve attempted across the years to move away from being completely dependent on one event, because obviously that’s a fairly high-risk business model,” Mr Croot said.

He said while the Variety Ball, which celebrated its 10th year in 2018, raises between $150,000 and $300,000 annually, targeted fundraising was required in the competitive charity space.

“It (the ball) is not an efficient way to necessarily raise money so you’ve got to make sure you know clearly why you want to run a fundraising event,” Mr Croot said.

“We’re about to go into our next five-year plan and we’ll be monitoring how that looks, we’ll be carefully monitoring the number of events we put on and why we’re doing them.”

For example, while Variety’s IGA Carols by Candlelight event was not a major fundraiser, it provided an opportunity for positive branding and relationship building.

Mr Croot said expectations of charities had evolved and if Variety WA were to set up a new program, he would respond to consumers’ growing demand for greater transparency around where money was going.

“What I would love to develop is an event where it’s more welded to a program, with a sense of tracking the journey of someone through that program,” he said.

“We’re introducing an advanced camp for kids who have come through that first camp; for kids who have reached teenage years and who are coming out into the community and ordering fish and chips and using their device and are supported with a strategy behind it.

“That’s where we can start to build a little more connection with our donors,” he said.