The nickel subsidiary of Vale has told Heron that it will not proceed with the full feasibility study of the project, ending a four year relationship.

During that time, more than $34 million was spent on the project that was managed by Vale, which was to earn a 60 per cent interest.

Heron said it is not required to reimburse Vale for any of the expenditure.

Earlier this year, the capital cost of the Kalgoorlie nickel project was pegged at $US1.5 billion ($A2 billion) and had a projected mine life of at least 34 years.

As a result of Vale's withdrawal, Heron will take full ownership of the project.

"Heron will continue to optimise the current pre-feasibility study prepared by Vale utilising Heron's in-house project team and will seek a new partner for the development of the project upon finalisation of this optimisation study," the company said.

Heron added it will now focus on revising the resource estimates of the project, reviewing pit optimisations and mine scheduling and include further deposits within the overall operation.

The prefeasibility study only included four deposits in its review. The project has 14 deposits altogether.

Vale acquired the Kalgoorlie nickel project when it bought Inco in 2006, paying top dollar at the height of the boom for the company.

However over the past few months, Vale has announced a restructuring of its nickel business and has temporarily shut down its flagship Sudbury nickel mine in Canada, which had been operating for decades.

Heron, which has around $30 million in cash reserves and no debt, will be free to talk to other interested parties after a 60-day period.

Shares in Heron slumped nearly 23 per cent on the news from 20 cents to a low of 15.5 cents, before climbing

Heron Resources Limited (ASX:HRR, Heron) has been advised by Vale Inco, a wholly owned subsidiary of
Companhia Vale do Rio Doce (Vale), that it will not proceed with the full feasibility study for the Kalgoorlie Nickel
Project (KNP). Accordingly Vale has given Heron a 60 day notice terminating its earn-in to the KNP under the KNP
Agreement. Heron and Vale maintain an excellent relationship and will cooperate fully to effect the orderly transfer of
data and tenement maintenance obligations during this 60 day notice period.

Heron would like to thank the Vale team for their efforts over the last four years.

As a result of this decision, Heron not only regains an unencumbered100% ownership of this major project, but also
all technical information generated by the extensive exploration and evaluation program undertaken by Vale since
April 2005. Spending on the project during this period totals approximately $34.5 million. Heron is not required to
reimburse Vale for any of this expenditure.

Heron remains committed to the belief that there is significant scope to develop a world class nickel project based on the KNP resources. Heron will continue to optimise the current pre-feasibility study (PFS) prepared by Vale utilising Heron's in-house project team and will seek a new partner for the development of the project upon finalisation of this optimisaion study.

Areas being addressed by Heron in its optimisation of the PFS include:

- the PFS considered only four of the 14 deposits making up the KNP. Heron believes the inclusion of the additional deposits which are proximal to the proposed Goongarrie processing plant is essential to optimise production rate and capital utilisation. 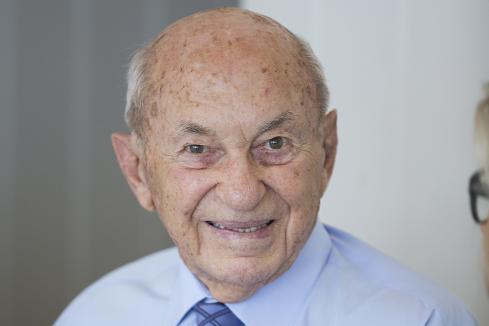