Tributes are flowing in for former Western Australian Planning Commission chairman and City of Perth chair commissioner Eric Lumsden, who passed away yesterday. 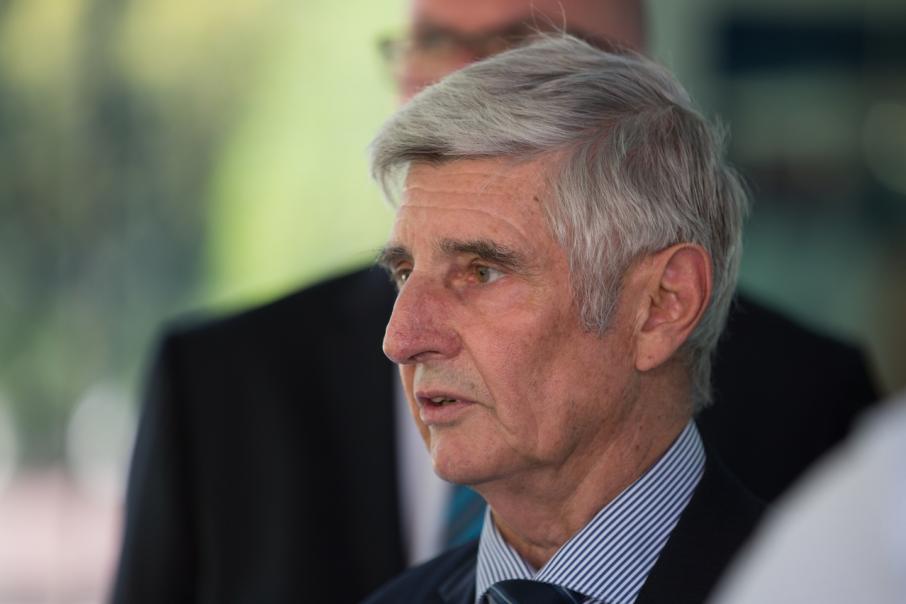 Eric Lumsden stepped down from the City of Perth in August due to an unspecified illness. Photo: Attila Csaszar

Tributes are flowing in for former Western Australian Planning Commission chairman and City of Perth chair commissioner Eric Lumsden, who passed away yesterday.

Mr Lumsden, 71, had been been forced to step down from his City of Perth role in August, on doctor's advice.

He was appointed as City of Perth chair commissioner to restore order to the local government authority following the suspension of its council over ongoing concerns that it had not been performing its functions properly.

A City of Perth spokesperson said the organisation extended its condolences to Mr Lumsden’s wife Gretchen, as well as his family and friends.

“As a former chair commissioner, Eric made a significant contribution to the City of Perth and will be remembered for his work at the state government, WA Planning Commission, the City of Swan and the City of Melville,” the spokesperson said.

“Eric was highly regarded for the considered planning decisions he made throughout his career, and the positive impact they’ve had on people’s lives.

“Eric’s legacy is his passion for Perth, and he will be sadly missed.”

Mr Lumsden had a near 50-year career in public service, including around six years as the chair of the WAPC and another six-year stint as director general at the Department of Planning, while he was also chief executive of the cities of Melville and Swan.

He was awarded a public service medal in 2005 for his outstanding contributions to local government, while in 2018 he won the highest accolade in public administration in WA in the IPAA Patron's Award.

Urban Development Institute of Australia WA chief executive Tanya Steinbeck said Mr Lumsden was a highly respected member of the institute for several decades, whose contribution to the property industry was recognised with a distinguished service award earlier this year.

“Mr Lumsden was a statesman of the planning and urban development fraternity providing his expertise, guidance and support to assist in shaping the growth of Perth and our urban environment for close to fifty years,” Ms Steinbeck said.

“In his roles as CEO at the Cities of Melville and Swan, as director general of the Department of Planning and Infrastructure and as chair of the Western Australian Planning Commission, Mr Lumsden played a significant role in the planning and development decisions that have shaped WA,”

“It was an impressive career trajectory culminating in his appointment as Chair Commissioner of the City of Perth where he led a major strategy to rejuvenate our city.

“Eric showed genuine passion and support for the importance of the urban development industry and indeed UDIA over many years and his knowledge, guidance and advice will be greatly missed.”

“Eric was a courageous, outspoken advocate for Perth and its economic development,” Mr Nugent said.

“He was integral to many of the improvements to WA’s planning system, including development assessment panels, establishing the Metropolitan Redevelopment Authority and, more recently, in backing a co-ordinated approach to developing long-term solutions to homelessness and anti-social behaviour in Perth’s CBD.”

Planning Institute of Australia state manager Emma Thunder said Mr Lumsden was a man of true integrity and a passionate planner she was lucky to have known.

"Over the coming days, weeks and no doubt years, much will be said about the long list of achievements Eric worked so hard for during his distinguished career in local and state government. We will talk about the plans he drove to completion, the organisational improvements he oversaw, and the accolades and honours that were so rightly conferred on him," Ms Thunder said.

"Eric’s determination to see through the commitment he’d made to his final and well deserved appointment as Chair Commissioner of the City of Perth, even as he was facing his own mortality, is testament to his dedication to his professional calling and his willingness to put delivering outcomes above all else.

"He was a champion of good planning and good governance, and was driven by a strong desire to see proper process and good decision-making carried out across the planning industry and the public sector."