About one third of West Australian workers will need to be vaccinated to comply with government directives and the number is set to grow as private businesses follow suit. 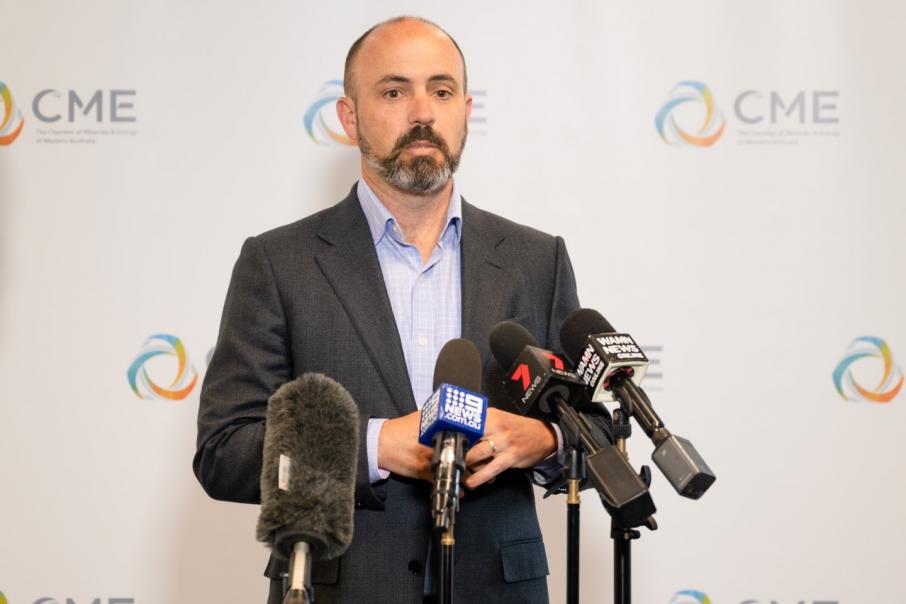 Paul Everingham says the policy will affect up to 250,000 workers. Photo: David Henry

About one third of West Australian workers will need to be vaccinated to comply with government health directives and the number is set to grow as private businesses follow suit.

The mandating of compulsory COVID vaccines has grown widely after the state government announced yesterday the policy would extend to all workers in the resources sector.

The policy will apply to all employees, contractors and visitors to mine sites, oil and gas facilities and associated infrastructure.

The government has previously ruled that front-line workers in health and aged care, police, ports and interstate transport need to be vaccinated.

In the private sector, fruit cannery SPC and airlines Qantas and Virgin have led the way by mandating COVID vaccines for all workers.

Precise data on the number of people affected by these policies are not available, but Business News has estimated that one-third of the 1.4 million people currently employed in WA could be covered.

The Chamber of Minerals and Energy of Western Australia has estimated the new resources sector policy will affect up to 250,000 workers.

This includes 141,000 people directly employed in the sector, in both fly-in, fly-out (FIFO) and residential roles.

Rio Tinto has announced the policy will also apply to its city-based office workers and BHP has signalled it is evaluating a similar policy.

This makes sense, as the government has specified that the policy applies to city workers that run remote operations centres.

CME chief executive Paul Everingham said he expected most, if not all, CME members would adopt this policy.

“To make it mandatory for their city-based populations to get vaccinated as well as the mine site-based (workers) so there is no disparity.”

While the main focus has been on the Pilbara, the policy applies state-wide, including in the South West.

Hence, workers at Alcoa of Australia’s alumina refineries at Pinjarra and Wagerup and BHP’s nickel refinery at Kwinana are expected to be covered.

Any worker covered by the resources sector policy must have received their first dose of the COVID vaccine by December 1, 2021 and be fully vaccinated by January 1, 2022.

Health care and social assistance is WA’s biggest industry, with about 180,000 people employed in the sector.

The government’s vaccination mandate applies widely, including to those who provide heath, medical, nursing, pathology, pharmaceutical, social work or allied health services to a patient at a health care facility in any capacity.

It also applies to students on placement and ambulance officers.

The aged care sector was one of the first subject to mandatory vaccination for all staff.

The state government’s new resource sector policy has been widely supported across the industry.

“Given our business activities span several locations including cities and regional hubs, we will require all WA employees to follow this mandate, whether they are based on site or elsewhere, including the offices in Perth,” Mr Trott said.

“In the coming weeks we will begin a process to work through what these requirements mean for our people and contract partners. We will support our team members through this process.”

Other big resources companies, including BHP, Fortescue Metals Group, Woodside Petroleum and Alcoa, have said they are encouraging all staff to get vaccinated but none have gone as far as mandating vaccinations.

However, BHP has previously said it was actively assessing vaccination as a condition of entry to its Australian sites and offices.

The company is believed to be finalising its assessment.

Fortescue chief executive Elizabeth Gaines said the government policy meant all employees, contractors and visitors entering a Fortescue site and the Fortescue Hive operations centre will be required to be vaccinated.

“While not covered by the government’s mandatory direction, all team members at Fortescue’s office facilities are also strongly encouraged to be fully vaccinated,” Ms Gaines said.

Big contractors such as Monadelphous Group have adopted a similar approach.

“We’re working through what these requirements mean for our approximately 4,000 people working across WA over the coming weeks and providing support for our people throughout this process,” a spokesperson said.

“We’ve been encouraging COVID vaccinations right across our workforce for some time, and we’ve been providing our support to the roll out of community vaccination clinics in the regions where we work.”

Another big contractor affected by the change is Programmed, which has about 2,200 people - half its WA workforce - working on mine sites and oil and gas facilities.

Chief executive staffing and training Nic Fairbanks said there was broad support among the community for vaccinations.

He added the company would respect freedom of choice among its employees, and some may be redeployed to other industry sectors if they did not want to be vaccinated.

This will be open to workers from other companies.

Rio said it has also partnered with the state government on a vaccination blitz in Tom Price and Paraburdoo and will look to expand this to other regional locations.

In addition, ‘pop up’ clinics will operate this month in Newman, Port Hedland and Karratha as part of the state government’s ‘Roll up for WA’ campaign.

CME director of policy & advocacy Robert Carruthers said CME members were continuing to work collaboratively in support of this campaign.

“This includes contributing funding to set up the pop-up facilities and leveraging company communication channels to promote the opportunities to ‘Roll up for WA’ across the Pilbara,” Mr Carruthers said.

The Pilbara campaign is seeking to address very low vaccination rates in the region.

Only 28 per cent of adults in the Pilbara have received their first dose, compared to 49 per cent for WA as a whole.

Law firm Clayton Utz said that employers in the resources sector will be responsible for collecting and maintaining records of vaccinated workers.

“It is important that retaining employee health information is managed in accordance with the Privacy Act,” Clayton Utz said in an update.

All government vaccination directions include provision for exemptions, such as for approved medical reasons.

The company said mass vaccination was the only way countries could control a health threat like COVID-19 and deliver opportunities to return to normality.

All Australian Deloitte offices will be subject to this requirement at the latest from 1 January 2022.

All partners, employees and contractors will be required to declare their vaccination status.