Nick Stamatiou and Russell Scott were among a small cohort of businesspeople in Western Australia to back the potential of augmented and virtual reality technology in 2017, the year they founded Cognetic Technologies. 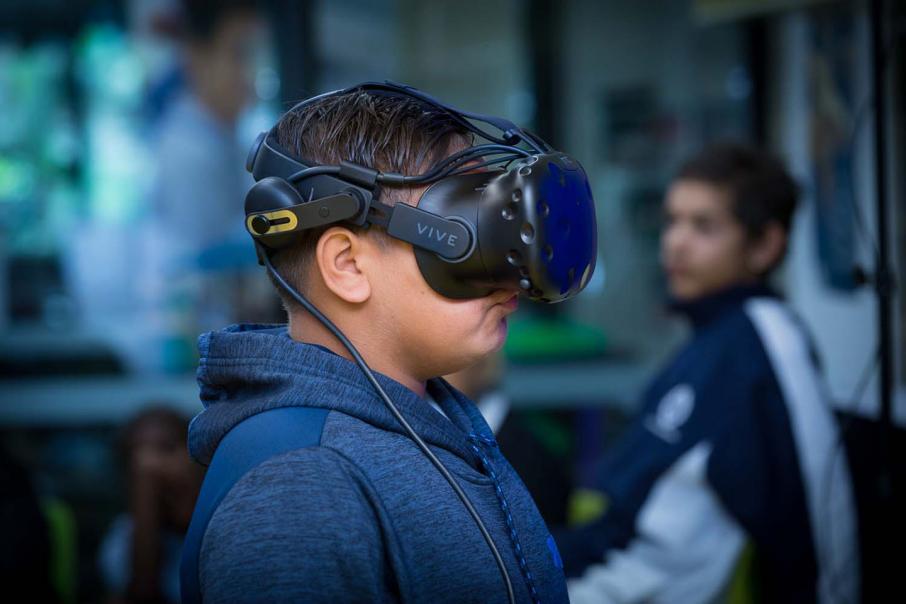 Nick Stamatiou and Russell Scott were among a small cohort of businesspeople in Western Australia to back the potential of augmented and virtual reality technology in 2017, the year they founded Cognetic Technologies.

Reasoning that immersive, headset technology could be repurposed for corporate training, they developed VORTALS, a trademarked learning platform that streamlined and pared back the skills needed to create VR content.

“At the minute, the skill level to create anything immersive is high,” said Mr Stamatiou, a 2019 40under40 winner.

“You need access to some pretty sophisticated platforms and you need the training behind it.

“We did the coding element completely … and worked on this PowerPoint interface that people are familiar with, and then just dropped the skill bar really low to get into it.”

While confident in the tech’s potential, Messrs Stamatiou and Scott faced scepticism in the early days, with major stakeholders in the mining, university, and tourism sectors largely unconvinced of the software’s value.

The company’s fortunes improved when it began pitching VORTALS to primary and secondary schools, as students showed a clear appetite for technology that made learning more accessible and creative.

Mr Scott told Business News the technology had been successful in schools because it was less about delivering pure information and more focused on creating experiences for kids.

“All these new technologies like VR and AR are about creating an experience, and if you look at the Generation Z, they’re experiential focused,” Mr Scott said.

“Students, when we showed them the platform, understood what they wanted to do with it.”

After successful trials of the technology in Cecil Andrews College in Perth’s south-east, Cognetic Technologies has now been accepted into the Future Minds Accelerator program, a seed financing program backed by Rio Tinto, AWS and Blue Chilli.

As part of the program, Cognetic Technologies will receive access to executive and marketing training to help scale the business, with Rio Tinto providing a $50,000 grant to help fund further growth.

Mr Stamatiou said he felt the company’s premise and outreach to schools had been validated, as Cognetic Technologies was the only company from WA to be selected for the program.

“This is where the future of jobs is,” he said.

“When you look at what’s available in schools, until our products came along, there was nothing that would help students connect with that future learning.

“When we applied for Future Minds Accelerator Program, there was a very clear [objective] we’re fulfilling for the future of students.”

While Messrs Stamatiou and Scott are currently taking their technology to individual schools, they anticipate broadening their focus to entities such as the Department of Education and religious school commissions in the coming months.

Mr Scott said while being accepted to the Future Minds Accelerator program was a fillip for the business, he was confident VORTALS’ value would be clear as more schools became aware of technology’s capabilities.

“The platform’s there, it’s ready to go, it’s something that can immediately work worldwide,” he said.

“What we’ve been building for schools are action plans and curriculum content, and we’ve had that all vetted, and it’s been run through schools right now successfully.

“That will then hopefully leverage us into much more schools … the growth opportunity is high.

“As word gets out, I think that will translate very quickly for us into a positive upward trend.”