VDM Group Ltd has reported a net profit after tax for the half year of $11.2 million, a 120 per cent increase over the corresponding period of 2006.

VDM Group Ltd has reported a net profit after tax for the half year of $11.2 million, a 120 per cent increase over the corresponding period of 2006.

This profit result was derived from a 71.5 per cent increase in revenue to $192.6 million.

The directors have declared an interim fully franked dividend of 5 cents per share payable on May 30, 2008.

Earnings per ordinary share rose 33 per cent to 10.6 cents.

"Our net profit of $11.2 million for the half year exceeded the net profit that we achieved for the whole of the 2007 financial year. It is also particularly pleasing to note that our net profit would have been $16.3 million if the recent acquisitions of Como Engineers, Malavoca, Bellero Constructions and Rocktec had contributed for the full half-year period."

VDM has decided to pass on the benefits of this strong result by another increase in the interim dividend to 5 cents.

Consulting Division chief operating officer Clive Bradshaw said the division had experienced an excellent first half which it expected to at least replicate in the second half.

Revenue from services rendered increased by over 50 per cent to $27.3 million.

"Being awarded the three-year project management contract by Sahara India Commercial Corporation for the Aamby Valley City development was the highlight for the half and has enabled the establishment of VDM's first branch office in India."

"Keytown's performance needs improvement and Civmec had a disappointing six months. Since acquisition Bellero Constructions has performed soundly and is reaping the benefits of being part of a financially stronger group by being awarded a number of significant contracts. Going forward we are seeking a more balanced contribution from the businesses that comprise the construction division."

Mr Farrell, chief of the Resources and Infrastructure Division, said Cape Crushing had been performing well and the performance of the recent acquisitions of Como Engineers, Malavoca and Rocktec, were in line with its expectations.

"Rocktec is being integrated into the Group with Malavoca, and Como Engineers is providing good business leads for other VDM Group businesses."

With regard to the full-year result, Mr Farrell said that net profit after tax was expected to exceed $27.5 million, contingent upon any unforeseen delays in starting contracts and the continuation of the wet weather in Queensland.

This equates to a profit upgrade of $3.5 million from the previously published profit forecast issued by VDM Group.

Mr Farrell also confirmed that a number of potential acquisitions were currently being assessed. 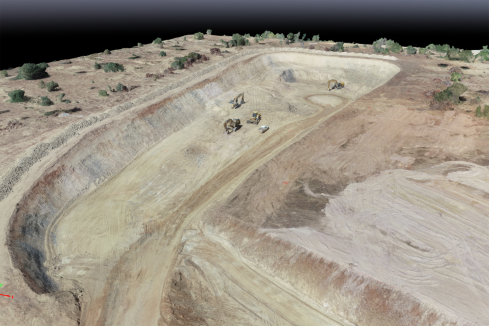