Engineering and construction company VDM Group will look to strengthen its balance sheet through an $18.7 million capital raising, with the company's major shareholder H&H Holdings contributing $9 million to the finance boost. 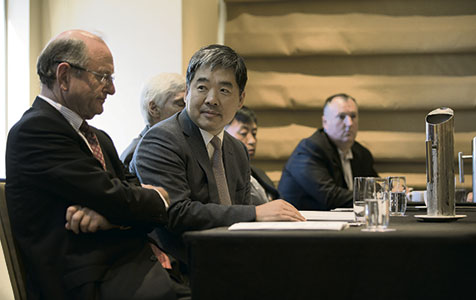 Engineering and construction company VDM Group will look to strengthen its balance sheet through an $18.7 million capital raising, with the company's major shareholder H&H Holdings contributing $9 million to the finance boost.

The funds will be used to repay a $4 million secured loan facility provided by H&H and improve market confidence in the company.

VDM executive chairman Dongyi Hua, who owns H&H, has entered into an underwriting agreement to contribute $9 million through a subscription for $4 million of its entitlement and partly underwriting the offer up to a further 500,000 new shares.

Furthermore, Sydney-based ethical fund manager Hunter Hall has committed to take up $1 million of its entitlement as an existing shareholder if the H&H subscription goes ahead.

Ernst & Young will advise VDM through the agreements.

“VDM is making prudent and essential steps to strengthen its balance sheet to best position the company to continue to enhance its existing construction ability and position itself to win new contracts, build out its services offering in its chosen niches and develop an in-house mining capability to assess and exploit opportunities to become more directly involved in mining projects.”

In August, VDM was taken out of a $25 million construction contract for BHP Billiton in the Pilbara, and in September sold its east coast contracting business Construction East for $2.75 million.

The company also issued 143,977,917 shares to the Jimblebar creditors as approved by shareholders at its annual general meetingin November.

Mr Hua is the former executive chairman and chief executive of CITIC Pacific Mining, and joined VDM in September this year.