Graphite explorer Uranex has signed a memorandum of understanding for an off-take agreement with the China-based Sinosteel Liaoning and Dalian InterContinental New Materials Corporation joint venture. 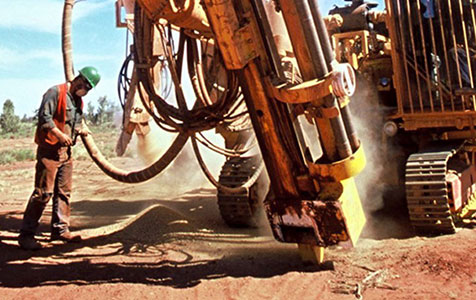 Graphite explorer Uranex has signed a memorandum of understanding for an off-take agreement with the China-based Sinosteel Liaoning and Dalian InterContinental New Materials Corporation joint venture.

Uranex said that under the MOU, the joint venture group had expressed interest in buying 100,000 tonnes of graphite per year for 10 years, with the option to extend beyond that.

The explorer graded the product in the range of 92-95 per cent total graphitic carbon.

“The MOU for 100,000t per annum for a minimum of 10 years with Sinosteel Liaoning and Dalian InterContinental highlights Uranex as a significant emerging player in the world’s graphite market,” Uranex chief executive officer Frank Houllis said.

“Sinosteel Corporation is known worldwide as a leader in the resources industry with revenues of $21.3 billion in 2013.”

The MOU follows Uranex’s signing of its first MOU for an off-take agreement with China National Materials Industry Import and Export Corporation, which was for the supply of 100,000t of graphite per annum from its Nachu graphite project over five years, with another five-year extension option.

“It demonstrates the high value of the company’s Nachu graphite project as there are now MOUs with two major players in the graphite industry totalling 200,000t per annum, which is Uranex’s target annual production rate,” Mr Houllis said.

“Today’s announcement, our current drilling program and the commencement of our pre-feasibility study shows the great progress being made.”