OPINION: WA again stands to be the beneficiary of trouble elsewhere, with local producers of lithium, gold, iron ore and hydrocarbons the likely winners. 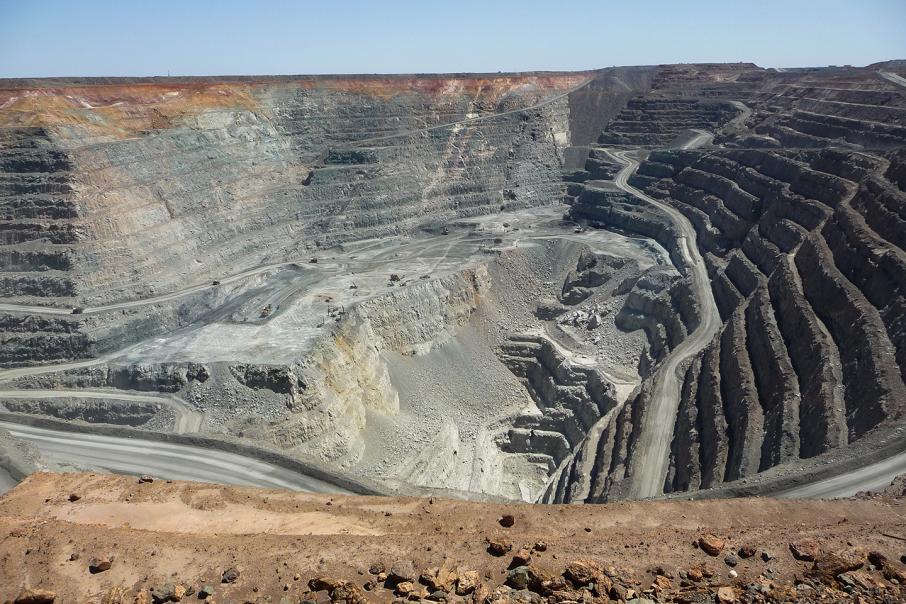 An upswing in the gold price will benefit the new owners of Kalgoorlie's Super Pit. Photo: Stockphoto

OPINION: WA again stands to be the beneficiary of trouble elsewhere, with local producers of lithium, gold, iron ore and hydrocarbons the likely winners.

Four events over the holiday break provided hints of a strong year for Western Australia’s all-important resources sector, with potentially positive developments in lithium, gold, gas, and iron ore – albeit thanks to negative overseas news.

Lithium miners received a boost when a court in Chile upheld a complaint about the amount of water to be used in the expansion of a brine-lake project operated by that country’s lithium leader, SQM, high in the Atacama Desert.

The good news for gold miners came in the form of a higher price after the latest round of troubles in the Middle East, which started with the killing of an Iranian general (in Iraq) and promises to keep the region as a global hotspot for the rest of the year, and beyond.

Likewise, gas got a lift from the higher oil price that followed the US intervention in Iraq, adding to the appeal of WA as a secure gas supplier compared with the uncertainties associated with Persian Gulf rivals such as Qatar.

Iron ore, easily the biggest industry in WA, is also off to a strong start with the benchmark price for high-grade ore moving back above $US93 a tonne despite persistent reports of a fall to $US65/t or lower. A slow recovery in Brazil after a series of mine-dam disasters remains a problem for WA’s major iron ore rival.

The problems with Chile’s lithium industry, once the world’s major source of the battery making mineral, have been well understood for some time, especially by SQM, which has staked part of its future on the WA hard-rock project at Mt Holland in joint venture with Wesfarmers.

SQM and other brine lake lithium producers in Chile were warned more than a decade ago that they could not rely on government approvals to continue a production process based on extracting brine and allowing it to dry in the sun (effectively wasting water).

A less environmentally damaging lithium production process is the conventional hard-rock mining method preferred in Australia, which is why WA has become the world’s major source of the raw material for the electric car industry.

First flush of an improved outlook for local lithium miners could be measured during the (albeit interrupted) past month of activity on the stock market, with Pilbara Minerals staging a recovery as its shares rose by 23 per cent to 32.7 cents after SQM’s problems were reported, and Galaxy Resources adding 30 per cent to $1.13.

If the problems with limited water supplies in Chile are not resolved it is easy to see WA’s lithium sector enjoying a strong 2020, which would be welcome news after last year’s problems.

Gold, which has stormed back as a significant WA resource sector growth industry, reached a six-year high of $US1,573 an ounce after the killing of general Qasem Soleimani, a rise that added $1 (9 per cent) to the price of local gold sector leader, Northern Star Resources, and 8 per cent to another favourite, Saracen Mineral Holdings.

Both Northern Star and Saracen are being rewarded for their bold (some might say courageous) decision to buy back the farm with twin deals that enabled them to acquire control of the Kalgoorlie Super Pit, a big gold producer but also a very old and increasingly high-cost project.

Gas, which is seen as a major growth industry for WA thanks to plans by Woodside Petroleum and partners to develop two new LNG projects, is benefiting from the higher oil price (with oil setting the gas price) and the appeal for customers who want to source their LNG from a reliable supplier not located in a war zone.

Demand for WA gas in Asia remains strong and there are several small companies sitting on large gas discoveries near Dongara on the mid-west coast viewed as potential new entrants in the LNG export business.

Exporting gas as LNG from onshore developments has not previously been considered in WA but there is growing confidence a deal for Dongara to be processed at the North West Shelf could be signed soon.

The common theme in the improved outlook for WA resources is the misfortune of rivals, such as: the threat of war in the Middle East, which is driving gold and gas; a water shortage in Chile; and bad management in Brazil’s iron ore industry, which has been a significant factor in the price of that material not falling as forecast.

Whatever the cause, the effect is the same – a positive start to 2020.